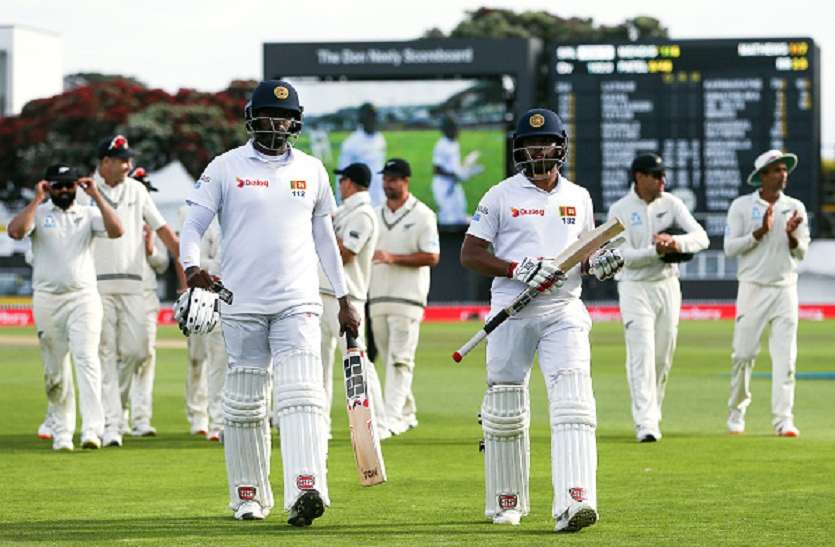 Sri Lanka’s batting pair of Kusal Mendis and Angelo Matthews have turned the tide against hosts New Zealand. The two batted the entirety of day four at Basin Reserve to keep their team alive in the contest. Mendis (116*) and Matthews (117*) joined hands at a precarious 3/13. Trailing by 283, the two batted with a mix of caution and calculated run scoring to trim down the deficit to 24.

Since February 2008, no other team has played an entire day of Test cricket without losing a wicket. It is only the 22nd time the feat has been accomplished in 141 years of Test cricket. Only six batting pairs have done it batting on day four or beyond. The last side to do so was South Africa, Graeme Smith and Neil McKenzie occupying the crease all of the opening day. Contrary to relatively weaker Bangladeshi bowlers the Proteas faced, the Sri Lankans outsmarted the guile of the much-skilled Kiwi bowlers.

The partnership has ensured New Zealand were not able to rollick to an innings win on day 4 as they would have hoped. They will now have to strike early on day 5 and then hustle to get to the set target. A draw would deflate their spirits given their position in the match after the first innings. Watch out for Neil Wagner who holds a reputation of extracting wickets in tough conditions.

Mendis’ effort was even more commendable given that he curbed his natural attacking instincts. He favored a more risk-free approach to blunt down the hosts, and then capitalize on their weariness. Should he carry on for a good part of day five, it will be one of the better efforts by a Sri Lankan batter in Tests. Matthews emphasized his importance to the side yet again. His runs added to his 83 in the first innings that secured the Lankans from an opening day embarrassment.

However, it will be unwise to write off the Kiwis just as yet. They have acquired a habit of taking wickets in heaps against all odds. Sri Lanka will be wary as such collapses have been inflicted on Bangladesh and Pakistan in recent times. Two sessions of batting will give them a much cherished draw in the opening Test of the series.