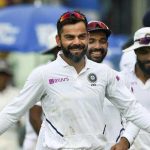 India vs New Zealand two-match Test series commences on 21st Feb in Wellington. It is an opportunity for India to regroup and avenge their defeat in the ODI series earlier, where they were routed 3-0. The introduction of the ICC World Test Championship has added context to every bilateral series and both teams will be looking to gain points, especially New Zealand who sit on a lowly no. 6 on the table.

A rejuvenated New Zealand will be bolstered by the addition of pace spearhead Trent Boult, while India will struggle to fill the boots of an injured Rohit Sharma. The swinging, seaming conditions of New Zealand will test the Indian batting and pose an enormous challenge for some of the lesser experienced batsmen on the tour.

India played a 3-day practice match to give their team some game time and get accustomed to these conditions. The bowling combination looks to be settled as each bowler got an ample number of overs under their belt. Most of the batsmen were able to score well and Rishabh Pant also showed signs of getting back into form, however, it is to be seen if he’s included in the final XI or not.

A mouthwatering clash is in the offing as WTC table-toppers India take on New Zealand in their backyard, where they have traditionally been very tough to beat.