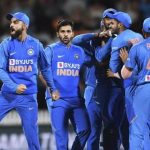 India won the final T20 match against New Zealand by 7 runs, defending a total of 163. The score-line may reflect 5-0 in favor of India but it could have easily been 3-2, in favor of New Zealand. New Zealand’s ordeal didn’t seem to end as they lost again, from a position of strength, while India showed great tenacity and spirit to make a comeback every time they had their backs against the wall.

In the 5th T20, India put the brakes on the New Zealand run chase by virtue of some outstanding bowling by the peerless Jasprit Bumrah. While the 4th T20 was a thriller and the second successive match to go into a super over, courtesy some poor batting by the Kiwis and some smart thinking by Shardul Thakur. Virat Kohli and KL Rahul chased down the target of 14 in the Super Over, Tim Southee again bearing the brunt of their ferocious assault.

While New Zealand’s fortunes progressively worsened over the course of the last 3 matches, India had different heroes who rose to the occasion each time. Despite resting their senior-most players Rohit Sharma and Virat Kohli in the 4th and 5th T20 respectively, India found a way to win, showcasing the depth in their side. India also faced up to its nemesis; batting first and achieved victory even if it wasn’t in the most convincing fashion.

India’s sojourn to New Zealand continues as they will now play a 3 match ODI series, starting on 5th Feb in Hamilton. India will look to make hay while the sun shines and keep the winning streak going.