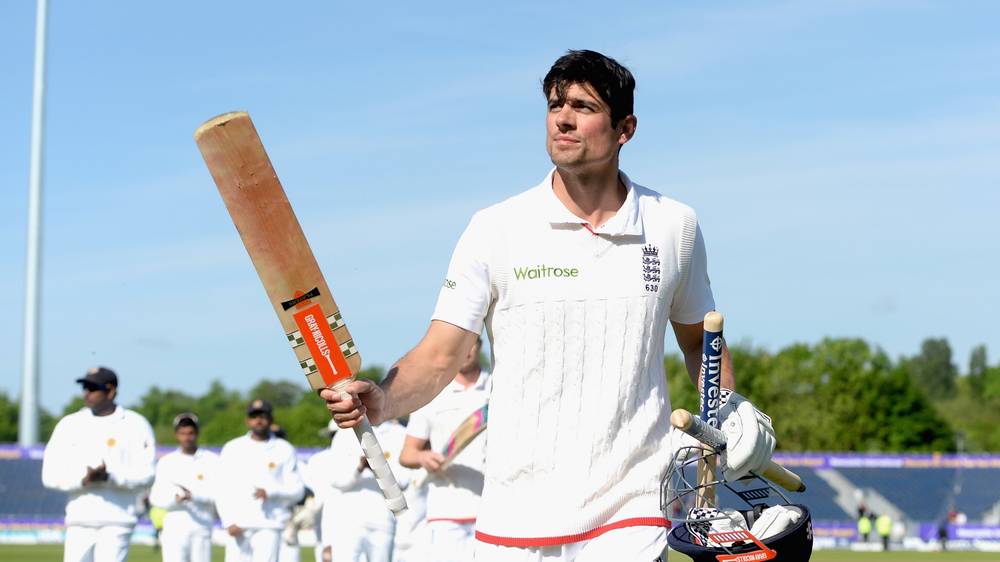 English opener to be knighted

England’s highest Test run scorer of all time, Alastair Cook is set to receive an exquisite accolade. Cook, who bowed out of cricket in the last Test against India at The Oval, will reportedly be knighted as a part of the New Year’s Honors List. No cricketer has been given this fortune since Ian Botham was titled “Sir” in 2007.

The ceremony will recognize Cook’s contribution to English cricket for thirteeen relentless seasons. Debuting in 2006, he played 161 Tests, only six players having appeared in more matches. Remarkably, he featured in 159 consecutive Tests, a world record by a margin.

Cook was a solid opener throughout his career. Never flashy or flamboyant, he accumulated his English record aggregate of 12,472 runs with a stoic method. Often his temperament was questioned by critics, but never did he change his ways and hence reaped success. His ODI exploits though less fruitful, were nevertheless good enough to cap him 92 times, of which five occasions led him to three figures.

Always a Test specialist, his 33 tons came in all kinds of conditions. Be it the minefields of the subcontinent, the venomous pitches of South Africa, under grey skies at home and in the unforgiving intensity down under, Cook was equally consistent. He started with a solid fifty against India at Nagpur and finished with a time-turning flawless century against the same opposition in London.

A successful Test leader, he stormed the mighty fortifications in India, downed South Africa at home beside captaining his side to two home Ashes victories. His finest moment came in the 2010/11 Ashes in Australia. Still a player yet to establish his mettle, Cook scored 766 runs across five Tests to give his side their first Ashes series win in Australia since 1986. A small piece of statistics emphasizes Cook’s longevity even more. Since his debut, 15 openers played alongside Cook, indicating the difficulty to succeed consistently at the top of the order in England.

Being knighted will be the fairy tale prologue to Cook’s spectacular career. His position at the helm among all English batsmen makes it fitting that he receives one of the greatest national honors for his tireless service to English sport.