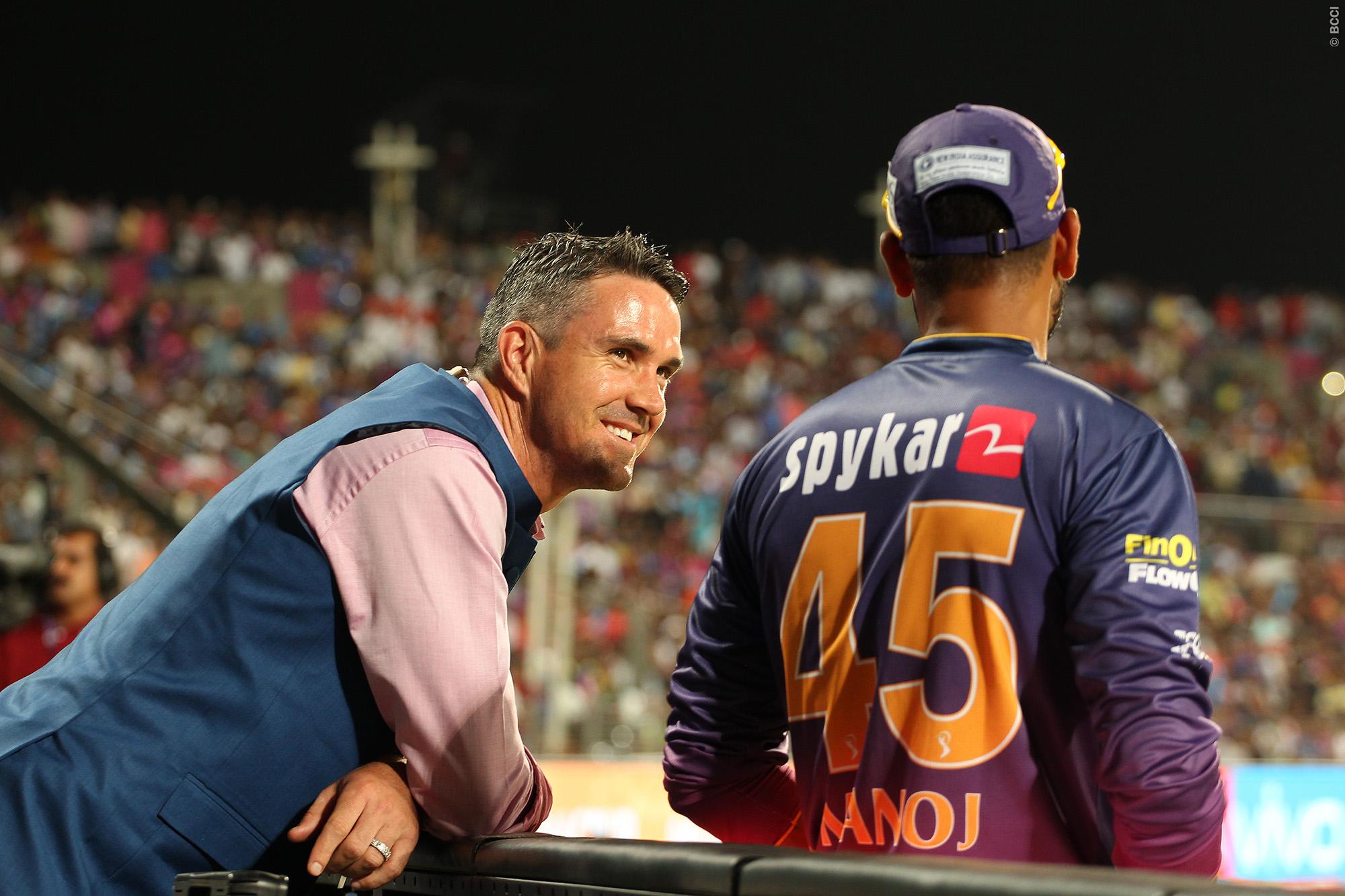 MS Dhoni generally likes to remain silent on the field, but he decided to have a got at his former teammate Kevin Pietersen. Pietersen tried trolling Dhoni on Live TV, but little did he know what’s coming his way.

It was the second over the game, when Pietersen asked Manoj Tiwary to pass on some message to Dhoni.

Pietersen, from the commentary, said to Tiwary: “You are looking good, mate. Can you just do me a favour and can you just whisper in MS’ ear that I am a better golfer than him? Please.”

Tiwary passed on the message to Dhoni, who destroyed the former England skipper to send everyone into laughter, including Pietersen himself. Dhoni with a straight face said, “He is still my first Test wicket!”.

“I will tell you what it’s wonderful when you get real good people on the mic,” Pietersen said after the banter. “You got the players on there, you get some great stuff. Well done, mate. Love you.”

Dhoni was referring to the 2011 England tour, when he had to bowl in the absence of Zaheer Khan. He had Pietersen caught behind, but the decision was overruled, and he went on to score a double-hundred.