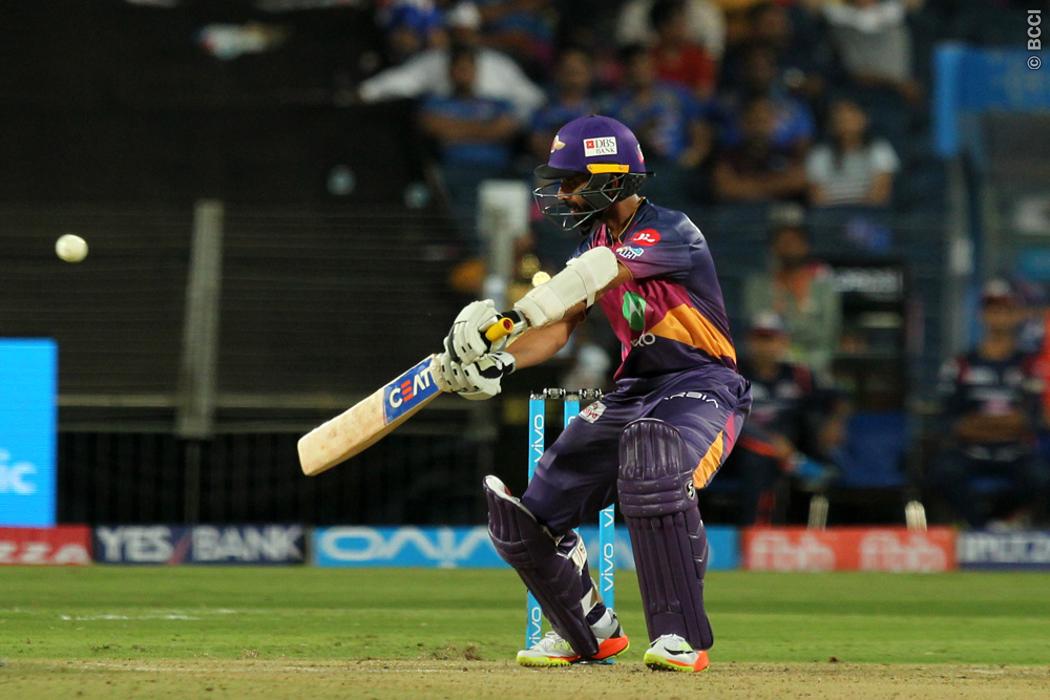 The pundits said that he is awfully out of touch. Even Sourav Ganguly rubbed it in by saying during the Dharamshala Test. He said that India’s stand-in Test captain Ajinkya Rahane was scratchy and down on confidence.

But Rahane didn’t mind that. He took the criticism with great forbearance. He batted the way he generally bat in the second innings of the most important Test match of his career in Dharamshala.

As the captain in absence of Virat Kohli, he also ensured that his team stayed right ahead of the opposition. India did exactly that under Rahane and won the Test match and series.

Now Rahane is back in the T20 cricket. His confidence with the bat was at display in Pune. Rahane played a big knock for his team. It was a fluent knock, which any batsman in the world would have been proud about.

With six four and three sixes, he hit the ground running. And helped Rising Pune Supergiants to gain momentum while chasing 185. Contrary to his reputation of not scoring at a faster rate, Rahane surprised everyone.

He was fearless in his approach and the Australian captain who lost in front of him in Test series, Steve Smith, who is incidentally his leader in Pune IPL outfit, rounded up the match in grand style with a match-winning 84.

This was a great match for Pune and it wouldn’t happened without Rahane’s start and Smith’s aggressive intend.