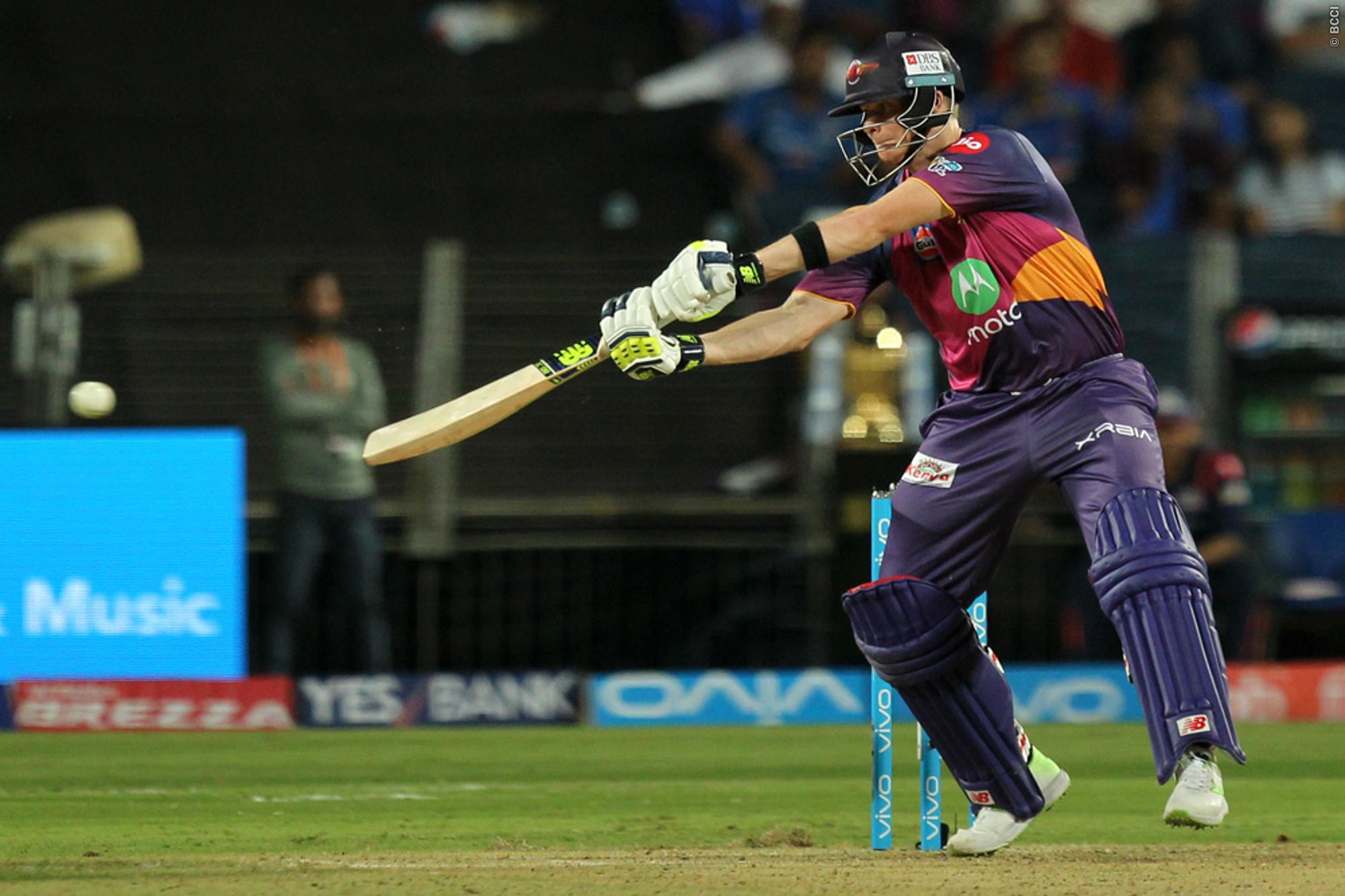 Rising Pune Supergiants have made a winning start, courtesy their captain Steve Smith. Smith played a captain’s knock, and remained unbeaten till the end. Thanks to him, Pune won the game by seven wickets.

The win, however, wasn’t as easy as it looks. Mumbai Indians took the game till the last over, but Smith’s brilliant effort ensured that Pune clinch the game with a ball left. He made an match-winning, unbeaten 54-ball 84.

“I thought Smith batted really well. The kind of form he is in, he just took off from where he left,” Rohit Sharma said. “The fielding didn’t really help us. This is our first game and there is a lot of learning from this.”

Mumbai, meanwhile, have set a competitive 184 on the board. They got handy contributions from Jos Buttler and later from Nitin Rana. But, it was Hardik Pandya, who provided the late impetus to the innings.

Pandya scored 30 runs in the final over of Ashok Dinda. But, it proved insufficient, as fifties from Ajinkya Rahane and Smith took then over the line at the MCA Stadium on Thursday night.

“Mitch McClenaghan has done very well for us which is why we picked him ahead of Mitchell Johnson,” Rohit said. “Mahela brings a lot of experience to the table, but we have a great squad and I am sure we will bounce back.”