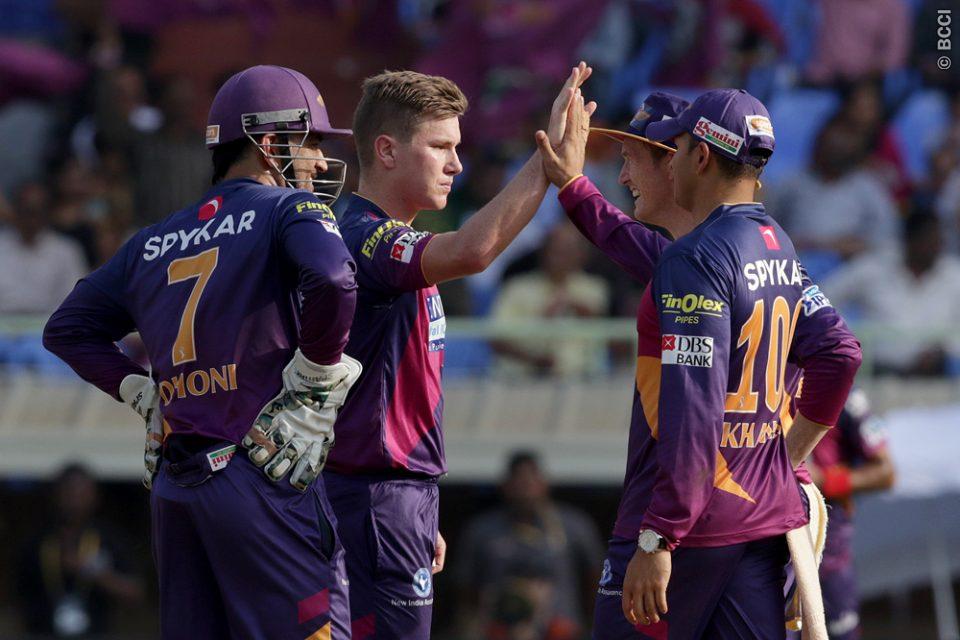 Rising Pune Supergiants have launched their new jersey for the upcoming Indian Premier League season. The team will boast of Motorola India as their principal sponsor. The colour and pattern of the jersey will remain the same.

The Supergiants launched the new jersey in presence of their captain Steve Smith, Ben Stokes and Ajinkya Rahane.

“My experience of playing in India has been wonderful so far,” Smith said at the launch. “This year we also have a new member Ben Stokes with us who will balance experience and skill in right dose.”

“High and orderly performance with good bowling, fielding and batting will be the benchmark for judging the team. We hope to make Pune proud with good cricket,” the RPSG captain added.

Pune had a torrid season last year in the Indian Premier League. They finished second from the bottom, and could only manage to win five games out of the 14. They also faced a number of injury issues throughout the tournament.

“I am quite in sync with the team structure as this will be my second year with Rising Pune Supergiant,” Rahane said. “Our team is well balanced with a good mix of talent from both national and international players.”