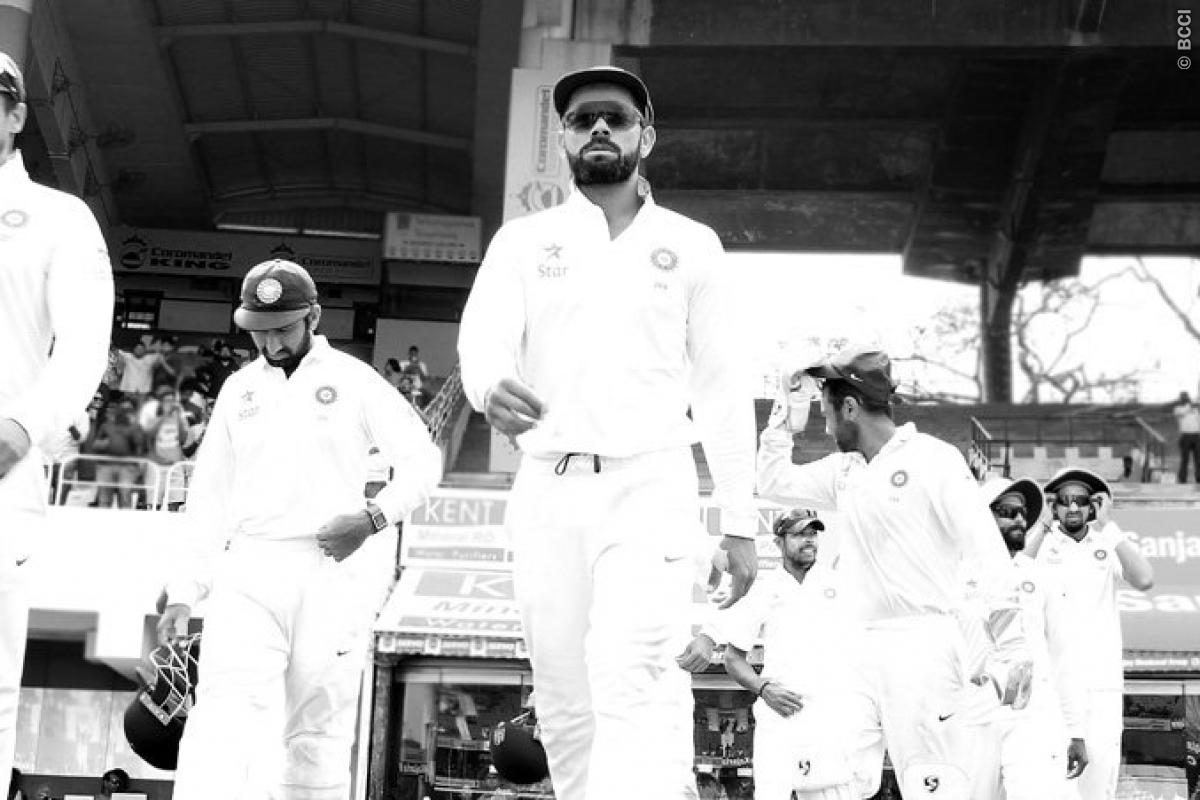 Before the series against Australia gets underway, statistics and analysis on India’s Test captain Virat Kohli’s are again surfacing highlighting his proficiency as a batsman in front of the former World No. 1 team.

Almost declaring him as the God of cricket. And we do nod in affirmation on that. Agreed that Kohli is second to none; he is right now the best batsman in the world and even the opponent team aspires to have a player like him.

But isn’t it unfair to talk about only Kohli? Aren’t others the responsible factors to reinforce India’s No. 1 Test team status? By Kohli’s own admission, it’s his team that makes him the able captain that he is today.

And practically, it is also his team that makes him the player that he is today. Well, we all know that his control on the bat is unquestionable. Not just that, overall, he is the most dependable cricketer in the world.

Still, by any stretch of imagination, you can’t think of a situation, wherein Kohli has been framed as a one-man army.

While writing a match report, you can come across an expression like ‘Kohli singlehandedly rounded up the match in style’. But in reality, can anyone finish a game all by himself? Realistically, not possible!

Read More: India is Tough Nut to Crack for Australians

Cricket is a team game and before those big numbers are flashed about Kohli’s fondness for Australia’s bowling, there are others in the team, who are also blessed with commendable statistics even if not at par with Kohli.

After all, they also have an imperative role to play in the game. From Cheteshwar Pujara, KL Rahul, Murali Vijay to Ajinkya Rahane, all of them have the distinction of bagging excellent track records in recent times.

Together, they form the most lethal combination with Kohli on top. Just remember that Kohli is right now leading a side, which doesn’t have a place for Karun Nair in the playing XI against Bangladesh.

The competition is so intense that even the selectors don’t feel the need to make any change, while announcing the team for the first two Test matches against Australia after winning the one-off Test series against Bangladesh.

In the past too, India had a Kohli in Sachin Tendulkar, and those were the days when India lost Test matches rather frequently. Tendulkar, who was earlier labeled as the God of cricket, used to be the most relevant performer.

Yet Tendulkar couldn’t make India win. Why? Because, there weren’t many, who could support his cause till the likes of Rahul Dravid and VVS Laxman came into the forefront.

So in conclusion, it wouldn’t be wrong to say, ‘it’s never about an individual in cricket’.