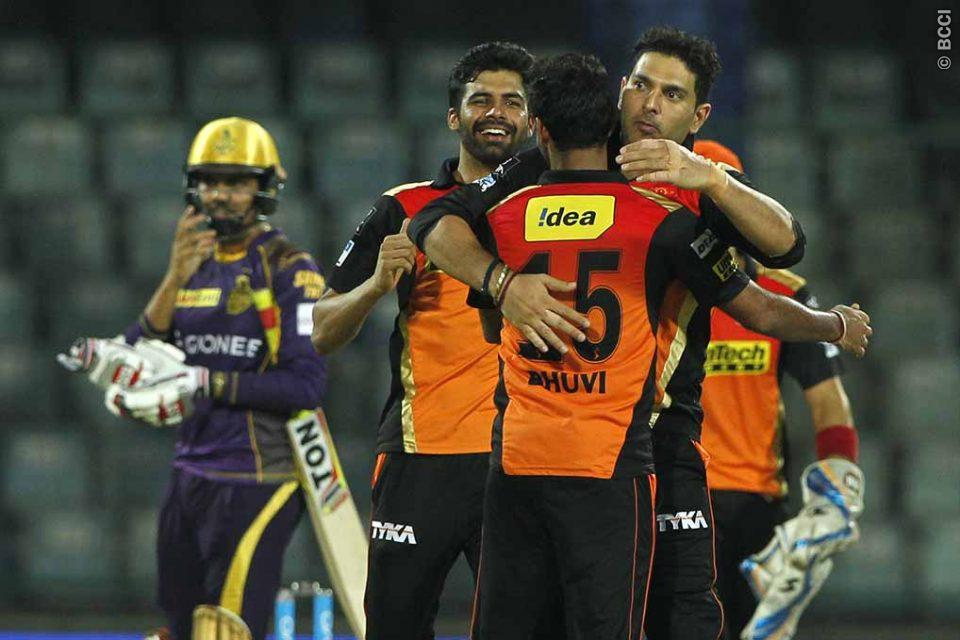 A superb bowling spell from Bhuvneshwar Kumar towards the end, and a gritty knock from Yuvraj Singh helped Sunrisers Hyderabad in knocking Kolkata Knight Riders out of the Indian Premier League.

The Sunrisers defeated the Knight Riders by 22 runs at the Feroz Shah Kotla, and booked a place in the Qualifier 2 against Gujarat Lions.

Bhuvneshwar Kumar led Hyderabad’s bowling attack in the absence of Ashish Nehra, and finished with three wickets. In the death, he bowling like a machine, sending yorkers one after the another.

Earlier,  Yuvraj Singh helped the Sunrisers in reaching a competitive total, after the David Warner-led side were rattled in the early stage of the innings.

Yuvraj was unlucky to have missed out on a half-century, but played an important knock at a crunch situation. He stitched a crucial partnership with Deepak Hooda, when the Knight Riders were at the top.

Kuldeep Yadav was the pick of the bowlers for the Knight Riders and finished with three wickets, while Morne Morkel and Jason Holder took two wickets apiece.