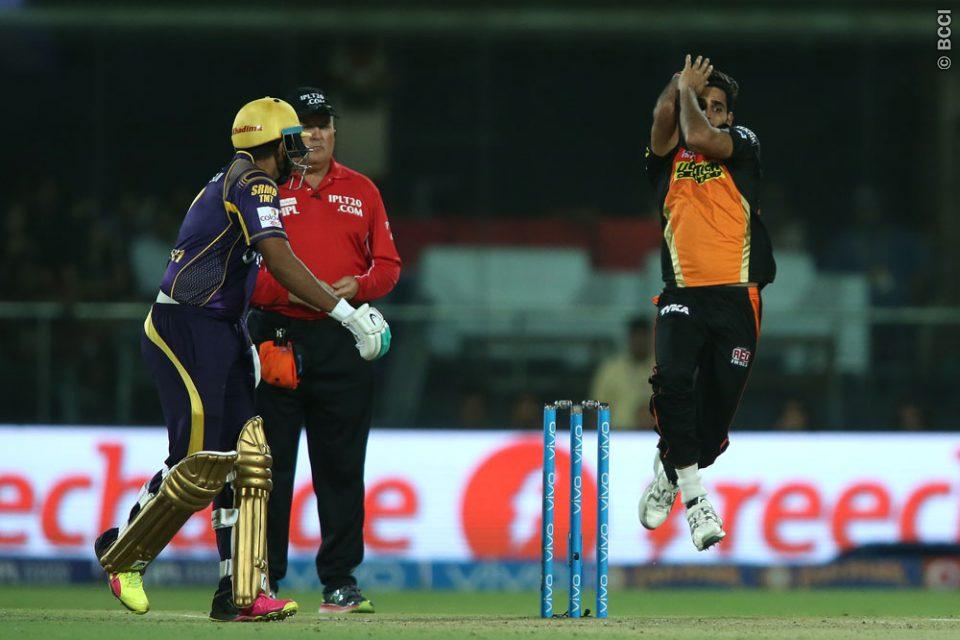 Bhuvneshwar Kumar on Yorker Mode: We Looked to Bowl Yorkers

In the eliminator, Bhuvneshwar Kumar was no less than a bowling machine. He was sending yorkers at will in the death over, and helped Sunrisers Hyderabad in booking a Qualifier 2 clash with Gujarat Lions.

Bhuvi was in the element of his own, and finished with three wickets, giving away just 19 runs in his four overs. He now has 21 wickets in the tournament, and currently holds the ‘Purple Cap’.

The Sunrisers seamer was pleased with his contribution in the win, and added that it was important to bowl yorkers, as in the second innings the pitch eased out, which made batting easier.

Sunrisers Hyderabad are now set to face Gujarat Lions at the same venue on Friday for a place in the final, and Bhuvi insisted that playing at the Feroz Shah Kotla will help his side in the second qualifier.

“Really sweet victory. Do or die match and before this we lost two matches,” Bhuvneshwar said. “It was a wicket which was good for the batsmen and later on it wasn’t coming onto the ball.”

“We looked to bowl yorkers. Advantage we have an idea playing on this wicket before the next match,” he concluded.