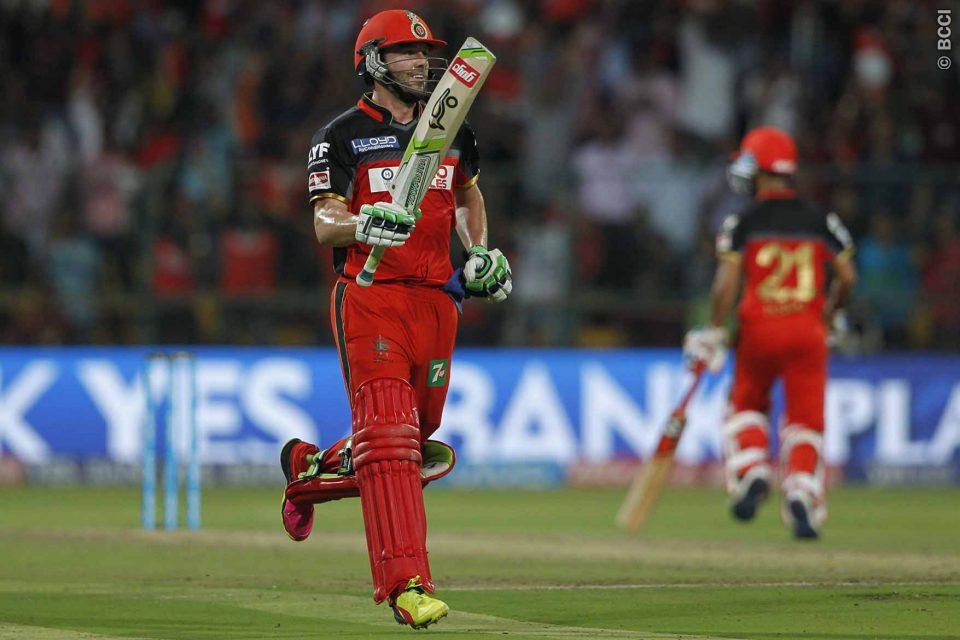 In life nothing can be achieved without mutual respect, and cricket is no different. Tuesday night was one such occasion when a cricketer in-form praised a colleague with class.

We are talking about Virat Kohli and AB de Villiers of the Royal Challengers Bangalore.

Kohli, who is the toast of the nation for his dream run in the IPL, had a rare bad day on the field as a batsmen after scoring more than 900 runs.

He was out for a golden duck and, as luck would have it, the RCB lost quite a lot of momentum while chasing down against the Gujarat Lions in Bangalore.

But, as they say, ‘fortune favours the brave’ and de Villiers picked up his team with an outstanding batting effort. The South African star rescued the RCB in his trademark style.

Cutting, pulling, hooking, driving, de Villiers had everything in his match-winning knock. RCB, which was literally on the brink of defeat, won the match at long last by a four wicket margin to enter the IPL final.

Guess what happened after the match got over. Kohli hailed de Villiers as the best batsman in the world. Without mincing much, the RCB captain said: “I think this should settle the debate about who is the best in the world. Come the big game, the big man steps up. I just bow down to him. Probably, the nest knocks under pressure I have seen.”

It’s very humble of Kohli to admit that AB is the best we have right now in world cricket. It’s also a good news for Indian cricket that some of Kohli’s teammates are proud of his achievements.

After all, mutual respect is when two individuals may not agree on certain issues but they don’t get upset over little things but are willing to work things out because they care for the other!