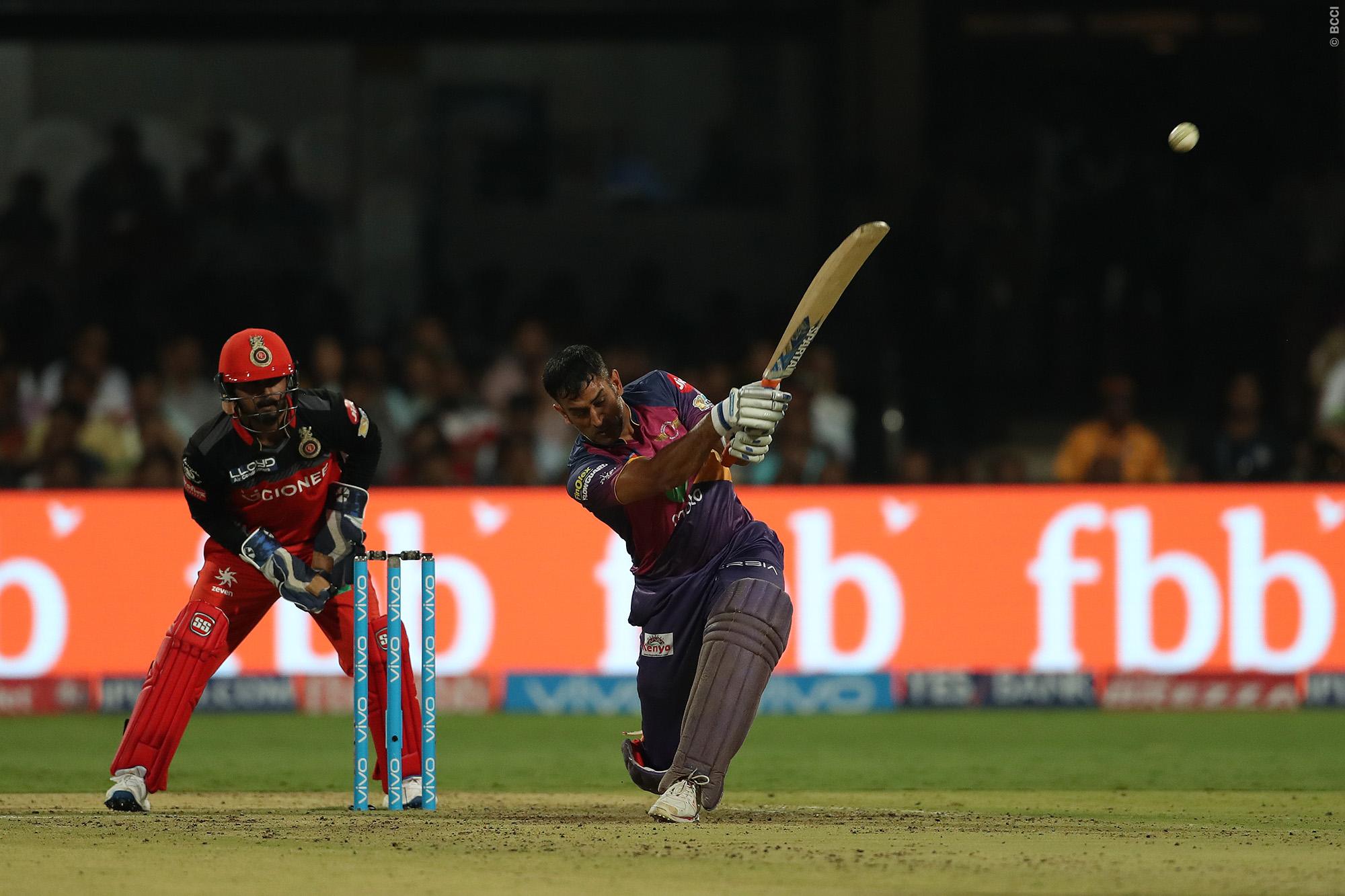 Rising Pune Supergiants tweaked their batting order a little bit. MS Dhoni was promoted at number 4, and Manoj Tiwary was asked to finish the innings. Both the moves by Steve Smith paid off, eventually.

Dhoni made a handy contribution, while Tiwary finished off the innings in style. The bowlers did the rest, as Pune end their losing streak to clinch their second win of the tournament by 27 runs at the Chinnaswamy Stadium.

“We were in a pretty good position at one point at 0 for 60,” Smith said. “Then we lost our way in the middle, losing 5 for 3. But I thought Tiwary finished off well for us and I thought 160 was par on that wicket.”

“Bowling changes worked out well tonight, it’s nice when it works,” he added. “Had a lot better energy and presence in the field today so it was nice to turn it around. We have some great characters and some really good players.”

Chasing 160 to win, the Royal Challengers lost wickets on regular intervals. Except Mandeep Singh, everyone in their top-order got starts, but they failed to convert it into a big one, including captain Virat Kohli.

The Royal Challengers could only manage to score 134 eventually. Shardul Thakur was the pick of the bowlers, alongwith Ben Stokes, with three wickets, while Jaydev Unadkat picked two and Imran Tahir took one.