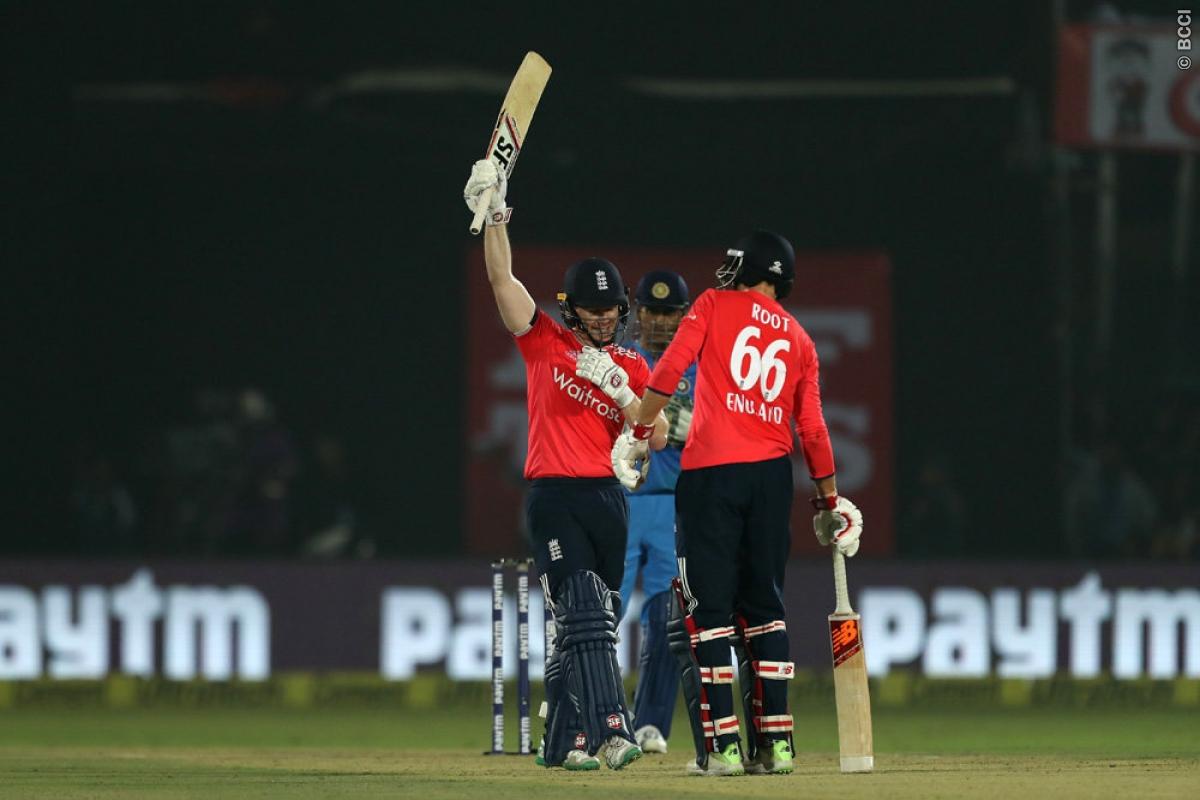 England showed that they are a side to beat in the T20 format with an emphatic win at the Green Park Stadium. They backed up their impressive bowling display with some fine batting to win the opening T20 against India.

The visitors defeated India by seven wickets with 11 balls to spare in the series opener. This is the first time on this tour that England have taken a lead over India. They have already lost the Test and one-day series to India.

England got a scorching start from Jason Roy (19) and Sam Billings (22). But, after their departure, captain Eoin Morgan (51) and Joe Root got the job done for England. Morgan, meanwhile, also completed his 1500 runs in T20s.

“Our bowlers were outstanding tonight, Moeen Ali in particular showed great resolve,” Morgan said. “We showed a lot of experience, and Tymal Mills and Chris Jordan put their hands up in very important roles.”

“They made it very hard for the Indian batsmen on a small ground,” he added. “Sam Billings and Jason Roy did outstandingly well, Sam has taken his two chances when he’s had the opportunity.”

Earlier, the Indians failed to post a competitive total, and found themselves atleast 30 runs short. England bowlers executed their plans really well. They picked wickets at regular intervals, and gave nothing away at the death.

MS Dhoni (36 not out) played a gritty innings, but others failed to hang on at the other end. Virat Kohli (29), Suresh Raina (34) and Yuvraj Singh (12) got starts, but they all failed to capitalise on it.

“Credit to their bowlers, they bowled good hard lengths with extra pace and bounce,” Kohli said. “We would have liked to execute that as well, but we were about 30-35 runs short on that wicket.”