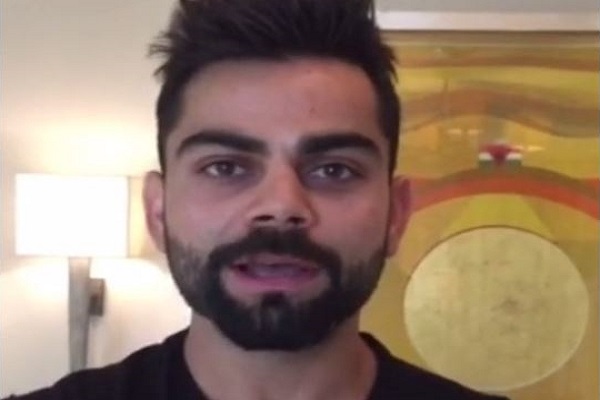 India Test skipper Virat Kohli is an avid user of social media sites, like Twitter and Instagram, posts quite a lot of stuffs for fans on his social handles.

Captain Kohli this time used another social media platform to interact with fans and posted a Vine video through BCCI Twitter handle ahead of the upcoming Sri Lanka tour.

In a short Vine video, Kohli asked the Indian cricket fans to support the team in the forthcoming three-match Test series against Sri Lanka, starting August 12.

Virat Kohli said: Hi, I am Virat Kohli. I am leading the boys to the Sri Lanka tour. Please support us and follow us.

The Board of Control for Cricket in India (BCCI) has recently announced the 15-member squad, led by Virat Kohli, for the Sri Lanka tour.

Team India will arrive in Sri Lanka on August 3 and will start the tour with a warm-up match at the R Premadasa Stadium, starting August 6.

The first Test of the series in Galle will commence from August 12, followed by the second and third at the Tamil Union Oval and SSC Colombo, respectively.

The match-schedule is as follows: