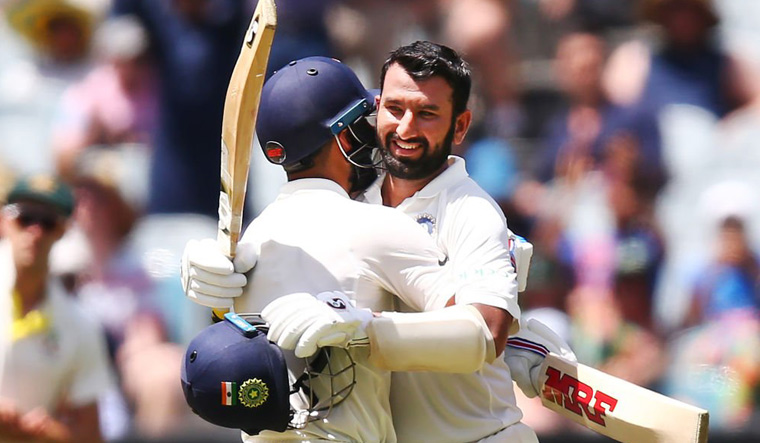 Pat Cummins always finds a way to stand out.

Pat Cummins is the only Australian bowler in this side to average less than 30 in Tests at the MCG. #AUSvIND

There is always one way to blow up the proportions.

In his last 12 deliveries, Trent Boult has taken more wickets than 1,718 Test cricketers took in their entire careers. #NZvsSL

Of all the ways to leave a cricket ball.

Clever time-wasting ploy by Harris to be struck by the ball. Professional. #AUSvIND

Well, as long as the Australian tail wags again.

When the curator said the pitch will offer something for everyone, he meant for every batsman from no 1 to no 11. @melindafarrell @Cricketbatcat #INDvAUS #AUSvIND

Bracing myself for this switch to be flipped. #AUSvIND pic.twitter.com/4QmWNQsnhn

Not very bright prospects if the third new ball is what you vest your chances in.

Is that all it takes to earn T20 franchise loyalty these days? 😛

Won’t be long before they replace Peter Handscomb with Henry Nicholls.

I would say the dead MCG pitch could do with being replaced by the lively one here at Hagley Oval, but the Melbourne crowd would probably boo it for displacing a Victorian incumbent. #AusvInd #NZvSL https://t.co/Clp6wbo5rD

Check out the Day 1 tweets here: