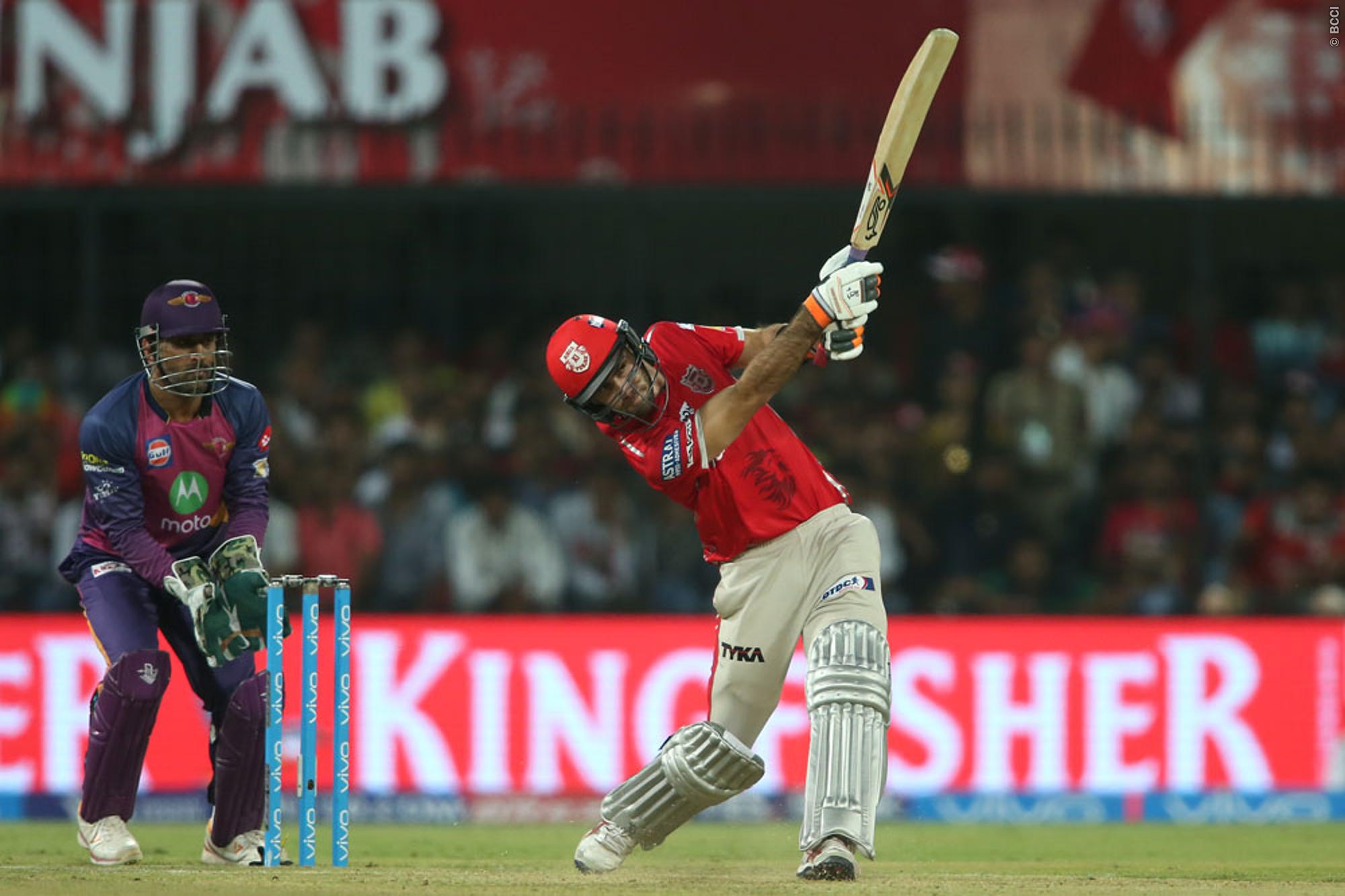 Glenn Maxwell and David Millier – how many times these two have bailed out Kings XI Punjab? Just add one more game to it. They added 79 runs for the fifth wicket to help Punjab in making a winning start in this years IPL.

The Kings defeated Rising Pune Supergiants by six wickets with an over to spare. And, their skipper, Maxwell (44 not out) made handy contribution in the chase, alongwith South African Miller (30 not out).

Earlier, Pune posted a competitive 163 after been asked to bat first by Punjab. Their innings struggled to get going, as Steve Smith, Ajinkya Rahane, Mayank Agarwal and MS Dhoni failed with the bat.

Ben Stokes, however, struck his maiden fifty, while a late cameo from Dan Christian took the Supergiants to a competitive total. But, eventually it wan’t enough, as the Kings chased it down to start off with a win.

“Probably wasn’t quite enough. The wicket hardened up a bit, came on a bit nicer in the second innings. Was hard work in the afternoon, wicket was a bit tacky. We needed more, but we did well to get what we got after our start.”

0 0 0 0
Previous : Kolkata Knight Riders Start with Thumping of Gujarat Lions
Next : There’s Absolutely no Reason why MS Dhoni Shouldn’t be an Inspiration