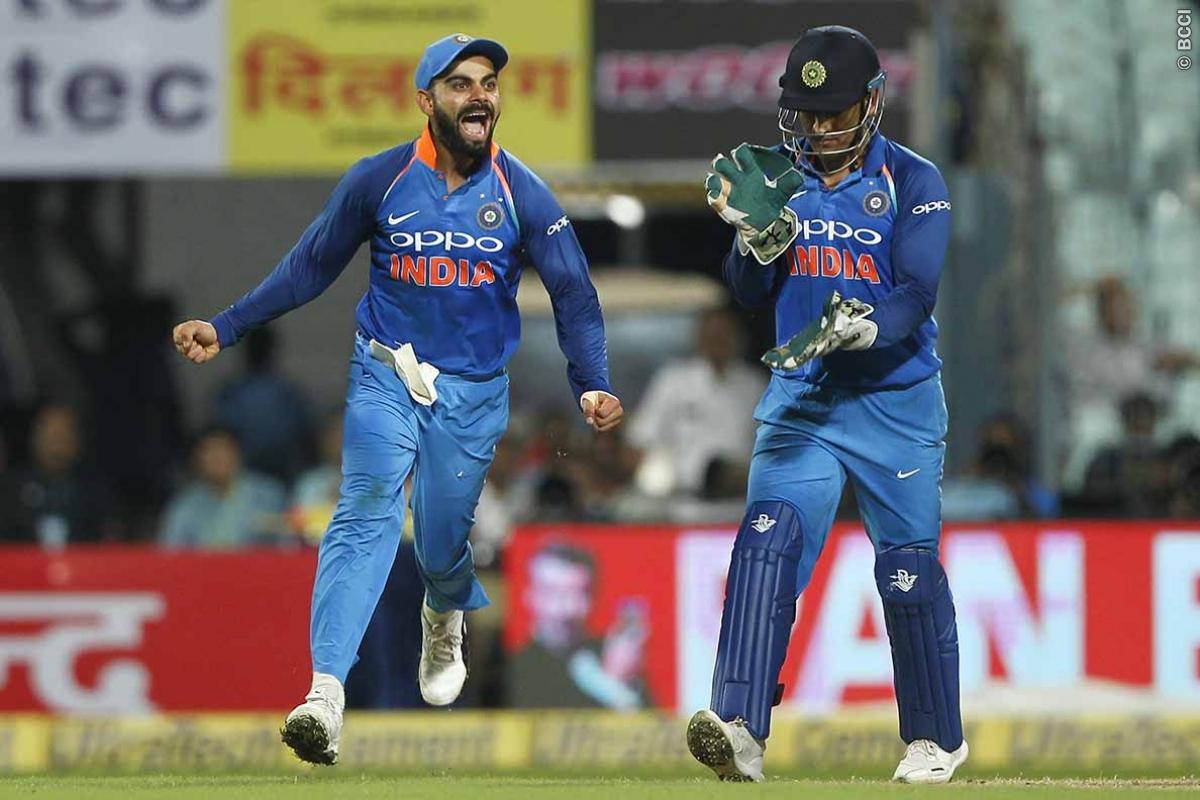 Indian team captain Virat Kohli will be chasing Mahendra Singh Dhoni’s captaincy record of nine consecutive wins as a captain in the third one-day international against Australia at Holkar Stadium in Indore on Sunday.

Winning the third ODI would not only help Kohli to get even with Dhoni’s record but also help India to get another series under their cap. India will be able to retain the number one rank in the ODI’s if they win the third 0DI.

The pitch curators have suggested favourable conditions for the wrist-spinners at the Holkar Stadium pitch.