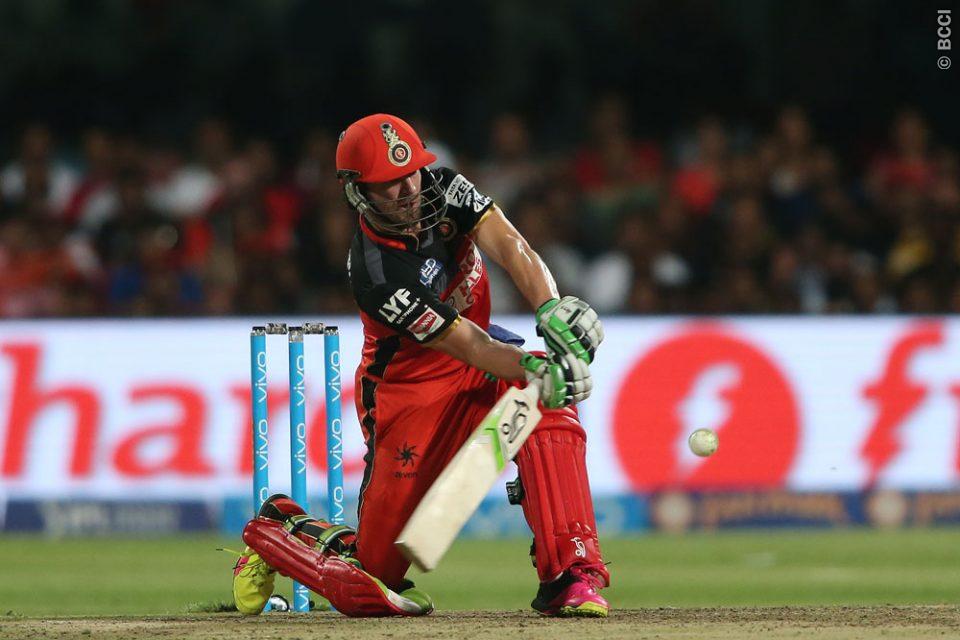 It was the time when Royal Challengers Bangalore were completely out of the game, and a place in the final was just inches away from Gujarat Lions’ reach.

At that time AB de Villiers probably played this IPL’s best innings. The Lions bowlers were thrashed left, right and center in the last ten overs, and they lost the match by four wickets in Bengaluru.

de Villiers paced his innings to perfection, and seeing that the wickets are falling regularly from one end, he dropped the anchors at another.

AB’s unbeaten 91 runs partnership with Iqbal Abdulla for the seventh wicket helped the hosts in sealing a place in the IPL final with 10 balls to spare.

Earlier, in the first half of RCB innings was dominated by Gujarat Lions, as they ripped their top-order apart with Dhawal Kulkarni and Ravindra Jadeja.

But, de Villiers scripted a stunning recovery and ensuring that Royal Challengers Bangalore walk away with a win to book their place in the Sunday’s final.

Batting first, Gujarat Lions posted 158 on the board, thanks to a fine half-century from Dwayne Smith, who helped them recover from 9/3.

Apart from Smith and Dinesh Karthik, no other Gujarat batsman managed to put up a fight. Eklavya Dwivedi, however, provided a late thrust.

Watson and Chris Jordan were the pick of the bowlers, and finished with four and two wickets, respectively. Abdulla also took a couple.

The Lions, meanwhile, still have a chance of reaching the IPL final, as they will be playing winner of the eliminator between Sunrisers Hyderabad and Kolkata Knight Riders in the Qualifier 2 on Friday.