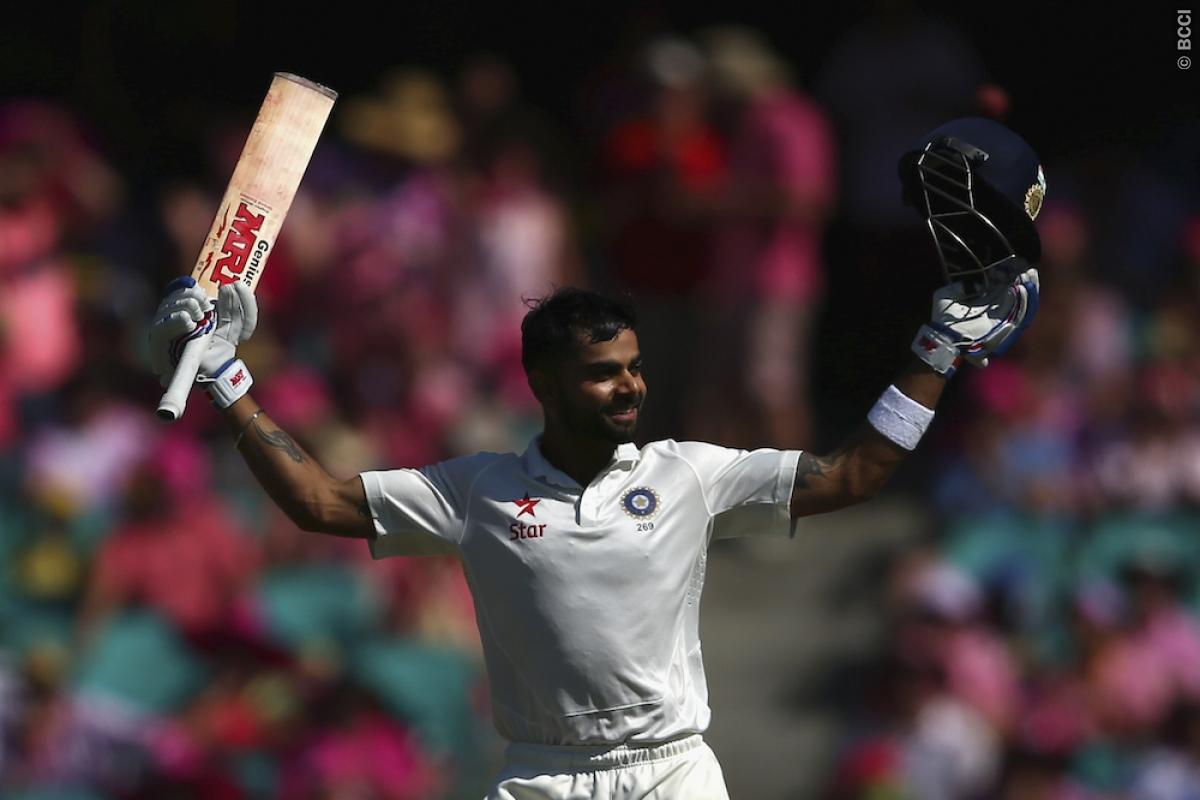 Virat Kohli was once again at his dazzling best. He played a captain’s innings to help the Indian team reach a dominating position against West Indies in the 1st Test in Antigua.

When Kohli arrived in the middle, Indians were knotted by the Windies attack. But, the Indian captain showed the way and started playing aggressive, flowing cricket.

He made crucial partnerships with Shikhar Dhawan and Ajinkya Rahane to put India in command. Kohli ended the day on unbeaten 143. On the way to his 12th Test century, he broke a number of records.

Here are Virat Kohli records made on the first day of Antigua Test:

3: Virat Kohli is now the third Indian captain to score a hundred in West Indies. Kapil Dev and Rahul Dravid are the other two to reach the coveted three-figure mark in Tests.

5: This is fifth successive time Virat Kohli has won the toss in Tests. In the four-match Test series against South Africa at home, Kohli tossed the coin right each time.

18: Virat Kohli took 18 innings to reach the 1000 runs mark in Test cricket as a captain. He is now the joint second-fastest to reach the mark with MS Dhoni, who also took similar time to reach the milestone.

61.11: Virat Kohli has a staggering average as a captain in Test cricket. He is scoring runs at a whooping average of 61.11. It is much higher than any other Indian captain.

143: Virat Kohli scored 143 runs on the opening day of the Antigua Test. This is the second highest he has scored on a single day. His best is 169 against Australia at the MCG in 2014.