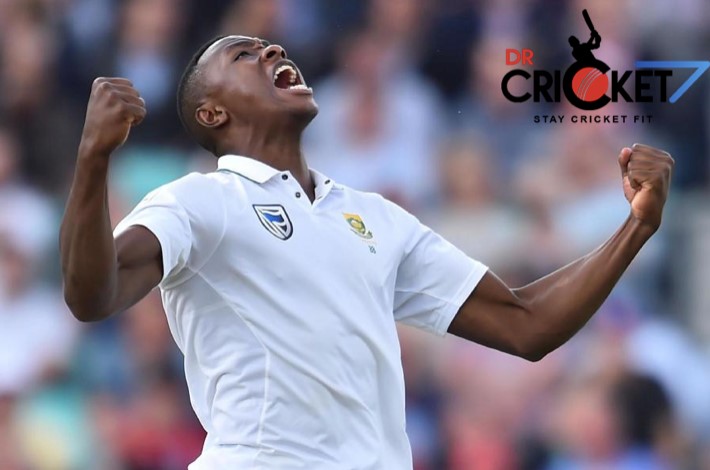 The 22-year-old South African pacer Kagiso Rabada became the number-one ranked bowler, rated in the MRF Tyres ICC Test Player Rankings when he helped his team to win against India by 72 runs at Newlands on Monday. Rabada was ahead by only 1 point from England’s pacer Jimmy Anderson to be at 1st rank.

Rabada took 3 wickets for 34 runs in the 1st innings and 2 wickets for 41 runs in the 2nd innings against India in the 1st test match. For this performance, he got 5 points. Earlier Jimmy Anderson was at 1st rank but he was dropped by 5 points following the last Ashes test. This caused Rabada to move ahead by only 1 point from Anderson. Rabada is now the 7th South Africa bowler who has topped the ICC Test Bowling Rankings. Earlier it has been done by Aubrey Faulkner, Hugh Tayfield, Peter Pollack, Shaun Pollack, Dale Steyn and Vernon Philander.

Rabada expressed his happiness after achieving this rank and said that he would like to continue to make some more records.

“ It feels very special when you are ranked No.1 Test Bowler in the world. Its that dream when you start playing the game to be the No. 1 bowler in the world. I am very thankful to my teammates for such support as Cricket is ultimately a team sport. Its already a good start to the year for me as well as for team and hopefully we continue in putting winning performances”, said Rabada.

Apart from that his teammate Philander has also improved his rankings from 12th to 6th position after the 1st test match against India in which he took 9 wickets for 75 runs and for that he earned 67 points and also he was given “Player of the Match” award.

Indian lost the first test match against South Africa who have taken a lead in the series by 1-0. The second test match is scheduled from Saturday. India hopes are high to win the series.