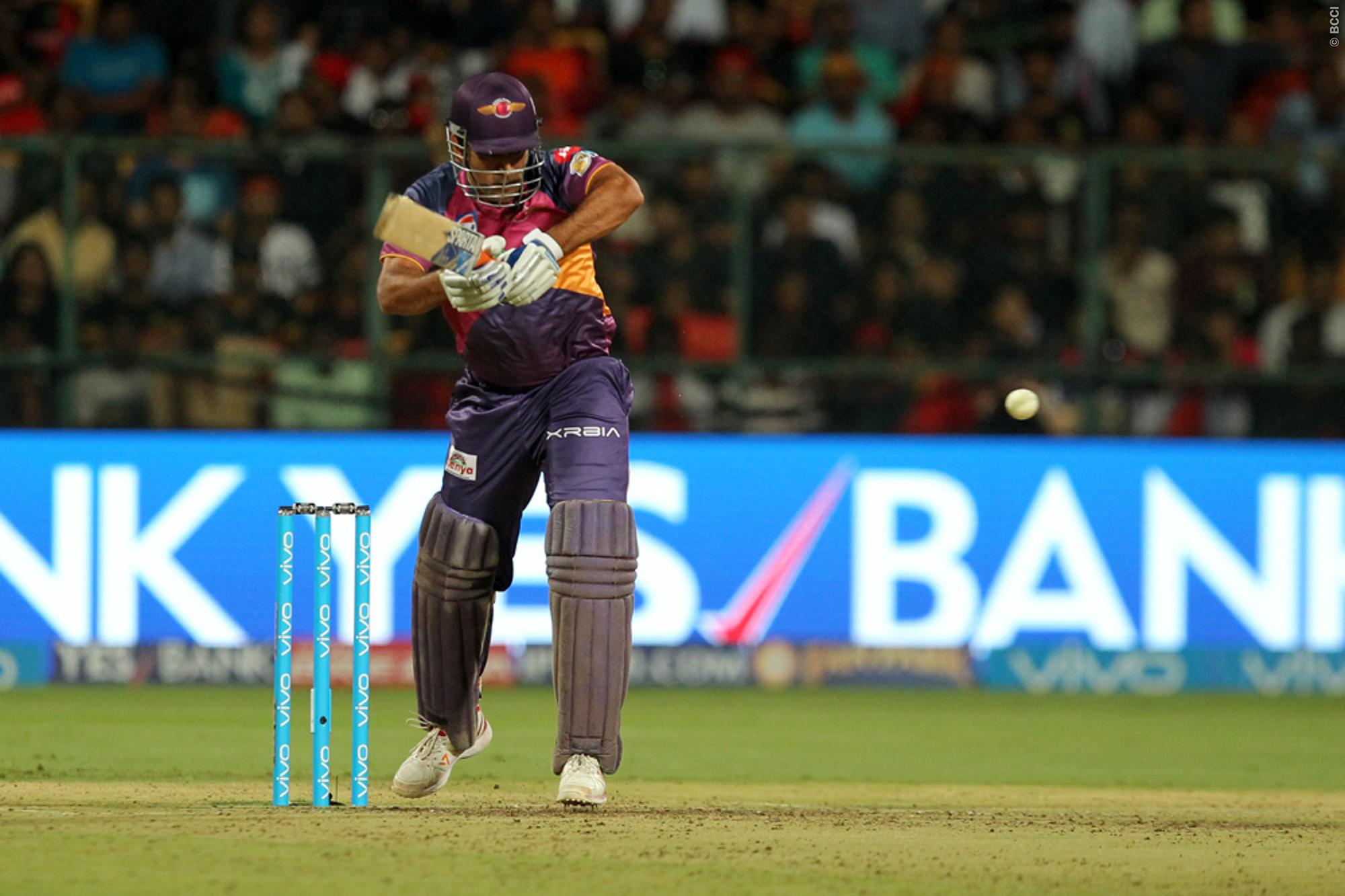 It was a vintage Dhoni on display in Bengaluru yesterday, as the big man 25-ball-28. But, the six off Yuzvendra Chahal was the biggest hit of the night, as the ball disappeared into the sky.

Dhoni hit the six in the last ball of the 14th over. He came down the pitch and slapped Chahal over mid-wicket. Everyone on the field looked in utter disbelief with the brutal power of Dhoni.

This was not all. Dhoni also pulled off a brilliant stumping of Bangalore’s main-man, AB de Villiers.

Rising Pune Supergiants, meanwhile, managed to end their losing streak with a 27-run win over Bangalore. After Dhoni’s gritty knock, Manoj Tiwary played a blinder to take his team to a competitive total.

RPS bowlers did a fine job later on, as Ben Stokes and Shardul Thakur rose to the occasion, taking 3 wickets each.

0 0 0 0
Previous : IPL 2017: Who will Walk Away with Advantage, Delhi or Kolkata?
Next : Bhuvneshwar Kumar Proves Bowling Fast isn’t Everything