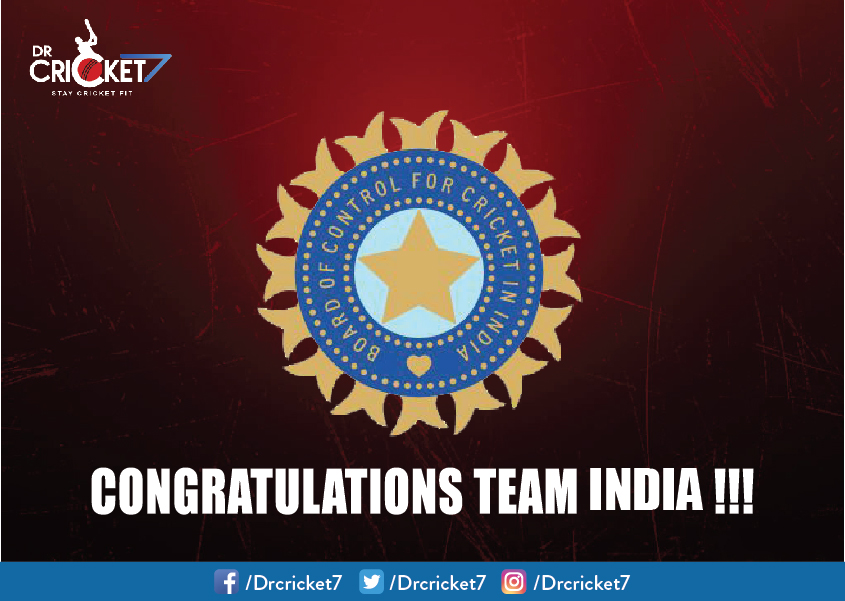 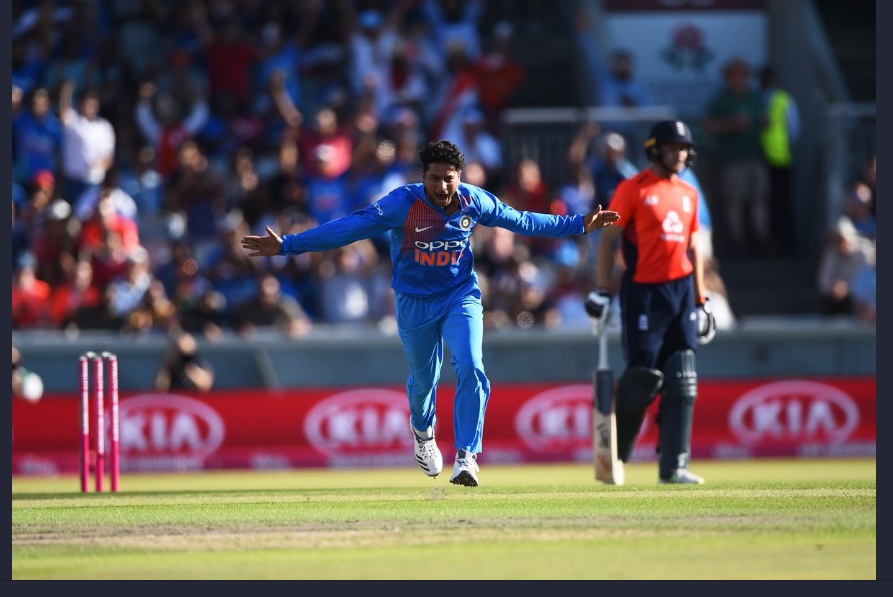 Indian cricket team  won the first T20I match against England by eight wickets at Old Trafford, Manchester  on Tuesday taking the lead by 1-0.

A great start to the series  for team India was powered by 101 not out KL Rahul and five wicket haul of the left arm spinner, Kuldeep Yadav who restricted England’s score to 159 with a hat-rick in the 13th over.

Virat Kohli, the captain of Indian team praised Yadav who was the man of the match for today’s match.

“We were great in all three aspects. Kuldeep and KL, the way they grabbed their opportunity, was outstanding. To bring the game back from their fast start was down to Kuldeep’s one over. He is a wicket taking option,” he said.

“Looking at the pitch, I didn’t think it would change much. I think England were 30-40 less. With the start they got, I thought they’d get to 190-200. Rahul was unbelievable. He’s come a long way. We want guys like him to step up and make the batting lineup stronger. He gives us so much flexibility. He’s got great shape and a good technique. That 100 meant a lot to him. Batting at four allows me to control the innings. We want the guys to have a mindset of go out and play freely. There are going to be days when it doesn’t come off,” added Koli

Meanwhile, the England captain Eoin Morgan said that they would work out the things that went wrong in this match and put up a great show in the next match,

“I think India thoroughly deserved it. The best part of the game for us was the start with the bat. 3 wickets in one over set us back a fair bit. That probably cost us 30-40 runs. Kuldeep is a very good bowler. He’s obviously going to be a threat for India throughout this series. Hopefully we’ll play him better next game. We’ve got to be better at executing our plans with the bat,”Morgan said.

The next set of matches are scheduled on 6th July & 8th July.