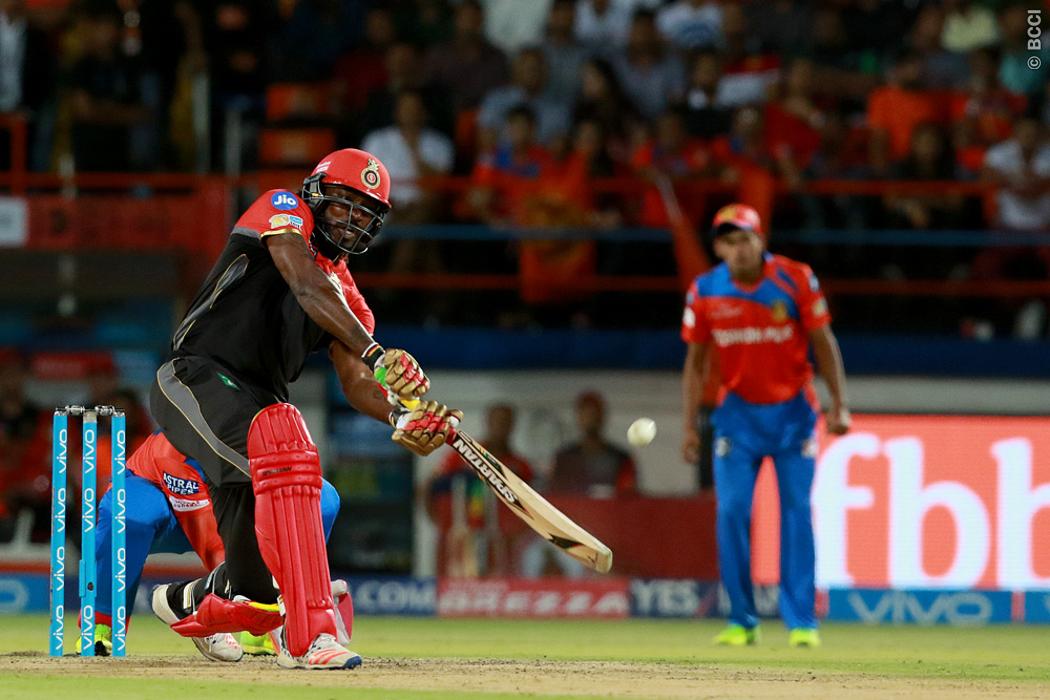 Will Fans see More of Chris Gayle in Future?

There is something magical about Chris Gayle’s batting. When he starts hitting the ball, not many in the team need to score much. That is because Gayle not only bats and entertains the crowd, he also gets those runs at a very fast pace.

Tuesday’s match between the Royal Challengers Bangalore and Gujarat Lions saw something, which the fans in last ten years or so is used to seeing – the Gayle storm. It came rather late this year.

Otherwise in peak form, Gayle would have had atleast four such big knocks after six games. He came and conquered everyone. Like he always targets, Gayle managed more sixes than four and completed took the Lions by surprise.

In other words, it was like merciless hitting of cricket ball. Even his captain Virat Kohli’s second good score in last three games looked diminutive in front of Gayle’s powerful batting.

He batted like a man possessed and helped his team to walk away with all the advantage. It was also a good match for RCB after losing a few important games in last few occasion. Gayle also crossed 10,000 runs in T20 cricket.

He is the first batsman to do so in world cricket. Gujarat’s Brendon McCullum is the second highest run-getter with 7596 runs. Australian cricket Brad Hodge and his country cousin David Warner are the other two batsmen.

Read More: MS Dhoni Doesn’t Have to Prove Anything

Mumbai Indians’ recruit from the West Indies, Kieron Pollard, is the fifth highest scorer in T20. Out of all these top three batsmen, Gayle also has the best batting average with 18 centuries and 61 fifties with a strike-rate of 149.51.

Will the fans would see more of Gayle’s power hitting in the coming days? But those who have to bowl against Gayle in the days to come must have started their strategy to stop one of the most explosive batsmen in the world.

0 0 0 0
Previous : Shane Warne: MS Dhoni Doesn’t Have to Prove Anything
Next : Watch MS Dhoni Sending Down Some Birdies in off Time