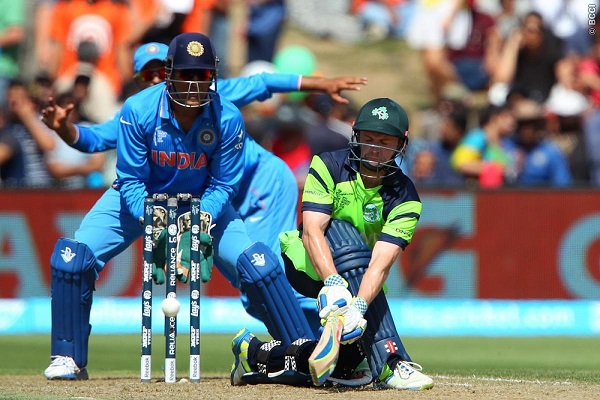 When it comes down to talking, MS Dhoni is not someone who stands out, be it on or off the field. Even his press conferences are to the point, without any dramas.

But in the World Cup game Ireland, everyone saw a different MS Dhoni, who was a lot more vocal, instructing and encouraging his bowlers. MS Dhoni was caught on stump mic, telling Ravindra Jadeja and Suresh Raina how to bowl.

Some of the comments made by MS Dhoni were nothing short of hilarious, displaying the funny side of Captain Cool, and how he enjoys playing and getting into the thick of things when required.

Unlike other wicketkeepers, MS Dhoni talks less behind the stumps and rarely seen giving instructions. But, he knows the gravity of the situation, knowing when his comments are required to lift bowlers, and he did that against Ireland.

Some wicketkeepers like Pakistan’s Kamran Akmal, Australia’s Brad Haddin, and others are quite vocal behind stumps. But India skipper MS Dhoni generally remain calm and composed, allowing his bowlers to bowl as per their strengths.

0 0 0 0
Previous : Virat Kohli Feeling Honoured To Be Part Of Kumar Sangakkara Farewell
Next : Pressure On Virat Kohli And Team To Salvage Pride In 2nd Test