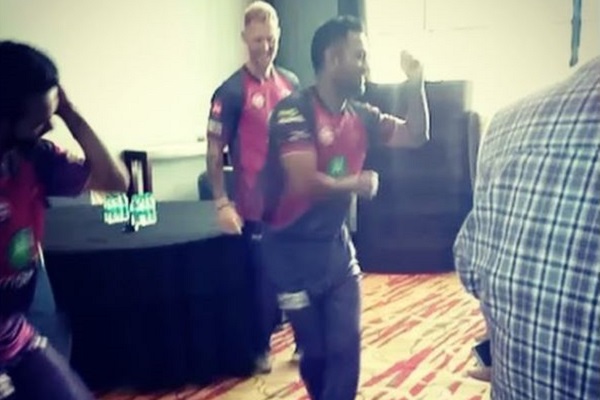 Watch MS Dhoni Showcasing his Dancing Skills in this Video

Indian Premier League is not only about cricket, it has a fun element too. There is no stress like what we saw in the international cricket, and it allows the cricketers to enjoy the league, both on and off the field.

Recently, MS Dhoni shared a video, in which he was seen giving Ben Stokes and others a dance lesson. Dhoni uploaded the video on Instagram, and till now it has garnered over 864,928 views and counting.

Dhoni has been pretty active on social media lately. He has shared a lot of his pics and videos on both Instagram and Facebook. Dhoni has 4.5 million followers on Instagram, while he has more than 20 million likes on Facebook.

Dhoni is currently playing for Rising Pune Supergiants in the Indian Premier League. He is not captaining the side this season, as Steve Smith has replaced him. Pune, meanwhile, haven’t had a great start of the season.

They managed to win their season opener against Mumbai Indians, but lost their second game to Kings XI Punjab.