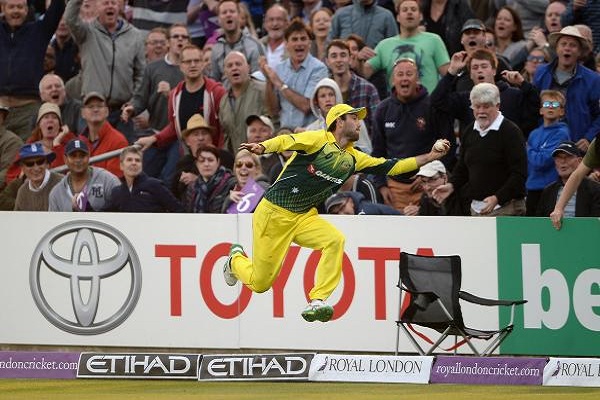 Glenn Maxwell does it again! The Australian displayed an amazing fielding prowess in the 4th ODI against England at the Leeds to pull off a spectacular catch at the boundary line.

It was in the 46th over of the England innings, when Glenn Maxwell was positioned at the deep midwicket, and he put himself as close as possible to the boundary line.

Liam Plunkett tried to clear Pat Cummins for the maximum, and the ball seemed to be soaring for the six, but Glenn Maxwell ensured to do enough to pull it in favour of Australia.

Morgan couldn’t have hit the ball more sweeter, but Maxwell just skimmed the ball inches above the surface.

Despite brilliant fielding effort from Glenn Maxwell, Australia couldn’t manage to seal the five-match series, as England leveled the series, winning the game by three wickets.