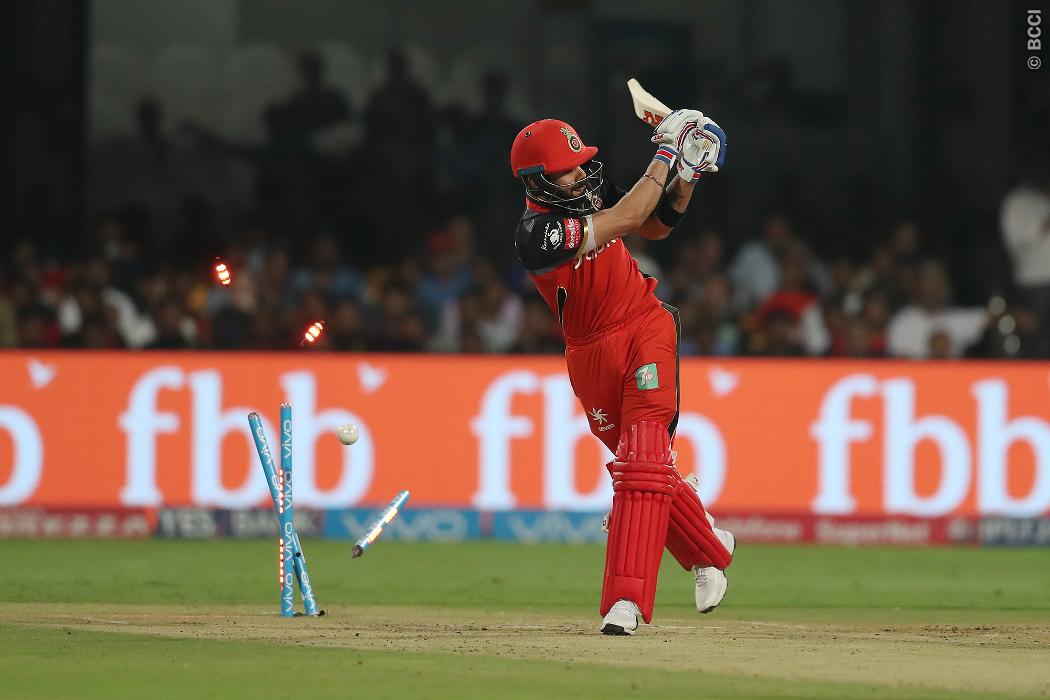 Royal Challengers Bangalore had a season to forget under Virat Kohli. They are most likely to end up with a wooden spoon. The Royal Challengers have just 5 points in 13 games, with just two wins.

Former Australian captain Ricky Ponting has blamed Kohli for RCB’s under-par performance. Despite having the likes of Chris Gayle, AB de Villers and Shane Watson, Bangalore has endured a terrible run this season.

“They got on an amazing roll at the back end of last year’s tournament when Kohli was playing out of his skin, de Villiers was playing well, Gayle was chipping in and Watson was doing a good job with bat and ball,” Ponting said.

“But so far Kohli has done next to nothing, there’s been flashes in the pan from Gayle and AB de Villiers, but the consistency just hasn’t been there,” he added.

Ponting also pointed out the loss the KL Rahul to injury. Rahul has missed the entire tournament, and the opener will miss the upcoming Champions Trophy too for the Indian team.

“KL Rahul is a massive loss for them,” Ponting pointed out. “He had a terrific back-end to last season. He did some amazing things last year so him not being at the top has been a big loss.