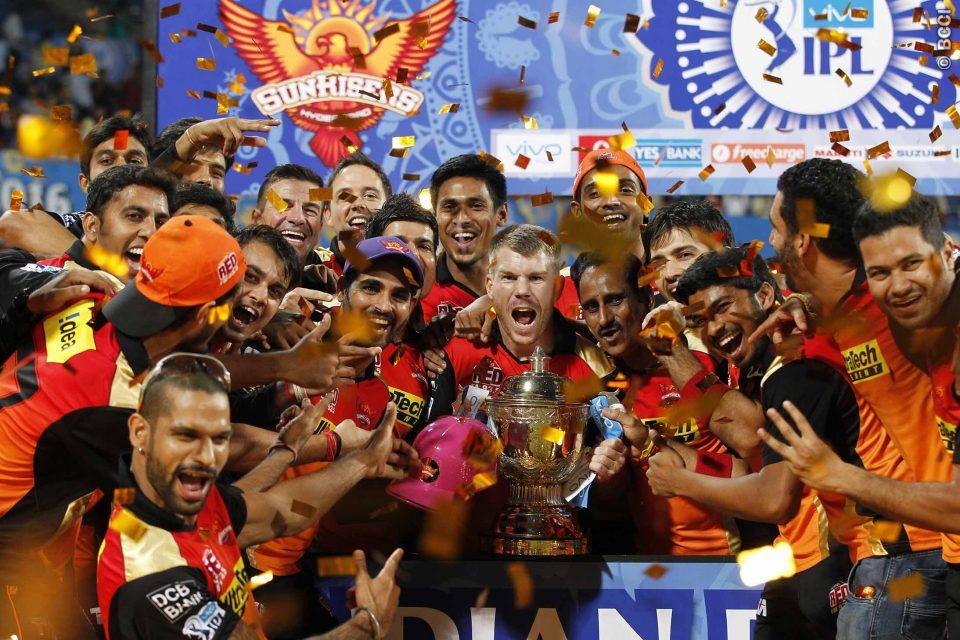 When the IPL had started, leave alone winning the trophy, no one had given Sunrisers Hyderabad a chance of even reaching the playoffs. But, the Deccan-based team, against all odds, managed to clinch the trophy in a clinical fashion.

David Warner led from the front and provided his team a scorching start with Shikhar Dhawan. After Dhawan’s departure, Warner continue to play in his aggressive style, and god good support from Yuvraj Singh.

But, the Sunrisers lost Warner, Deepak Hooda and Yuvraj and Naman Ojha in a bid to up the ante, but Ben Cutting played probably his best innings of the tournament at crunch situation. Cutting cut loose in the final overs of the innings, and smashed an unbeaten 15-ball 39 to take Hyderabad past 200.

Chasing 209 was always going to be difficult for the Royal Challengers, seeing the kind of form Hyderabad bowlers were in throughout the tournament. Bhuvneshwar Kumar, Mustafizur Rahman, Barinder Sran were in fine form, and they continued impressing in the final game as well.

Bhuvneshwar and Mustafizur, literally, knotted Royal Challengers in the final four overs. The RCB batsmen looked helpless against the yorkers of both Bhuvi and the Fizz. Even Virat Kohli, sitting in the dugout, looked impressed by the way both Hyderabad bowlers executed their yorkers under pressure.

The last four overs bowled by Bhuvi and the Fizz proved critical, after Chris Gayle provided the home team a rock rolling start. Gayle played in his trademark style and brought up his half-century in no time. Kohli, at the other end, was just a mere spectator when Gayle was batting.

But once Gayle departed, the Royal Challengers lost control of the proceedings, and after the dismissal of Kohli their innings completely derailed. The Sunrisers gained control of the match and eventually ended by sealing the encounter by eight runs in Bengaluru.

“Look we knew, we had to get 200. Virat Kohli, what a great leader! I can’t take it away from him,” Warner said in his post-match interview. “He set the benchmark this season.”

“We knew we had to win three straight games,” the Sunrisers captain pointed out. “To win in Bangalore, we were underdogs. But, we batted well, bowled well, and fielded well.”