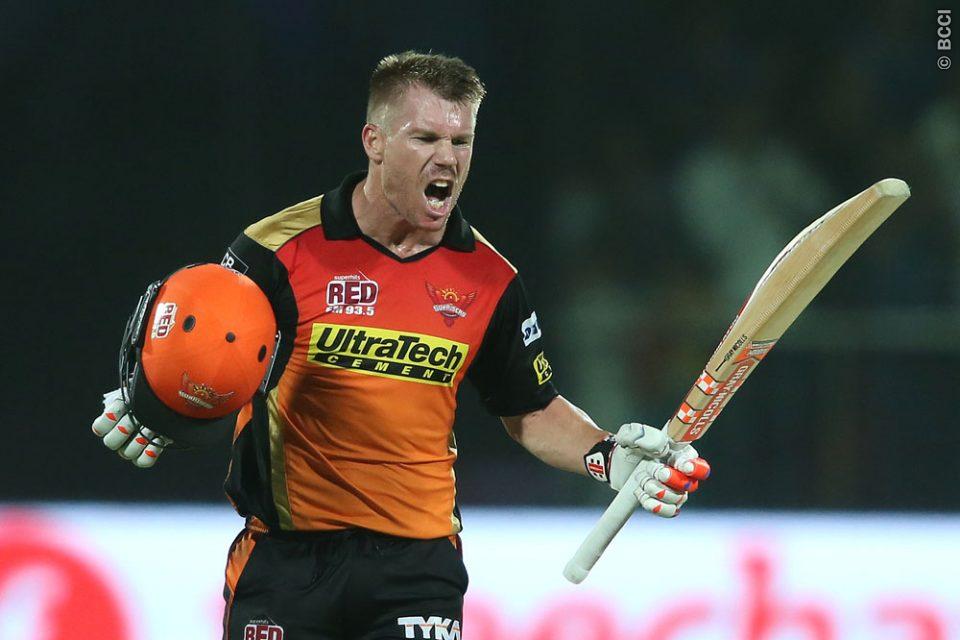 How many times David Warner has bailed Sunrisers Hyderabad out this season? Just add one more to it. It was another day on the field for Warner, who played another captain’s knock to take his side to the IPL Final.

Warner made a magnificent, unbeaten half-century to propel the Sunrisers to a four-wicket win with four balls to spare at Delhi’s Feroz Shah Kotla. The Sunrisers have now booked their summit clash with Virat Kohli’s Royal Challengers Bangalore on Sunday at the M. Chinnaswamy Stadium.

Bipul Sharma, too, played a match-winning knock and his cameo late in the match opened the game for the Sunrisers. Bipul made an unbeaten 11-ball 27, and made an 44-run partnership with Warner for the 7th wicket.

“I know if I could hang in there, the end we were capable of chasing it,” Warner said. “Lot of credit to Bipul for playing the way he did. He’s been bowling well, his work ethic has been fantastic.”

Earlier, the Sunrisers asked Gujarat Lions to bat first in the second qualifier, and their decision proved right when Eklavya Dwivedi and captain Suresh Raina were dismissed cheaply inside four overs.

Brendon McCullum, Dinesh Karthik and Aaron Finch tried to revive the innings, but they failed to give Gujarat’s innings any sort of momentum, as the Sunrisers kept picking wickets at regular intervals.

The ‘Purple Cap’ holder, Bhuvneshwar Kumar was again the pick of the bowlers and finished with a couple of wickets, while Ben Cuttings also took two. Bipul and Trent Boult finished with one each.

Chasing 162, the Sunrisers lost opener Shikhar Dhawan, again, cheaply. They kept losing wickets from end, but captain Warner held the other end firmly, and played till the end.

Despite taking wickets at regular intervals, the Lions failed to put any brakes whatsoever on Warner, who, at the end, managed to take the game and a spot in the final away from them.