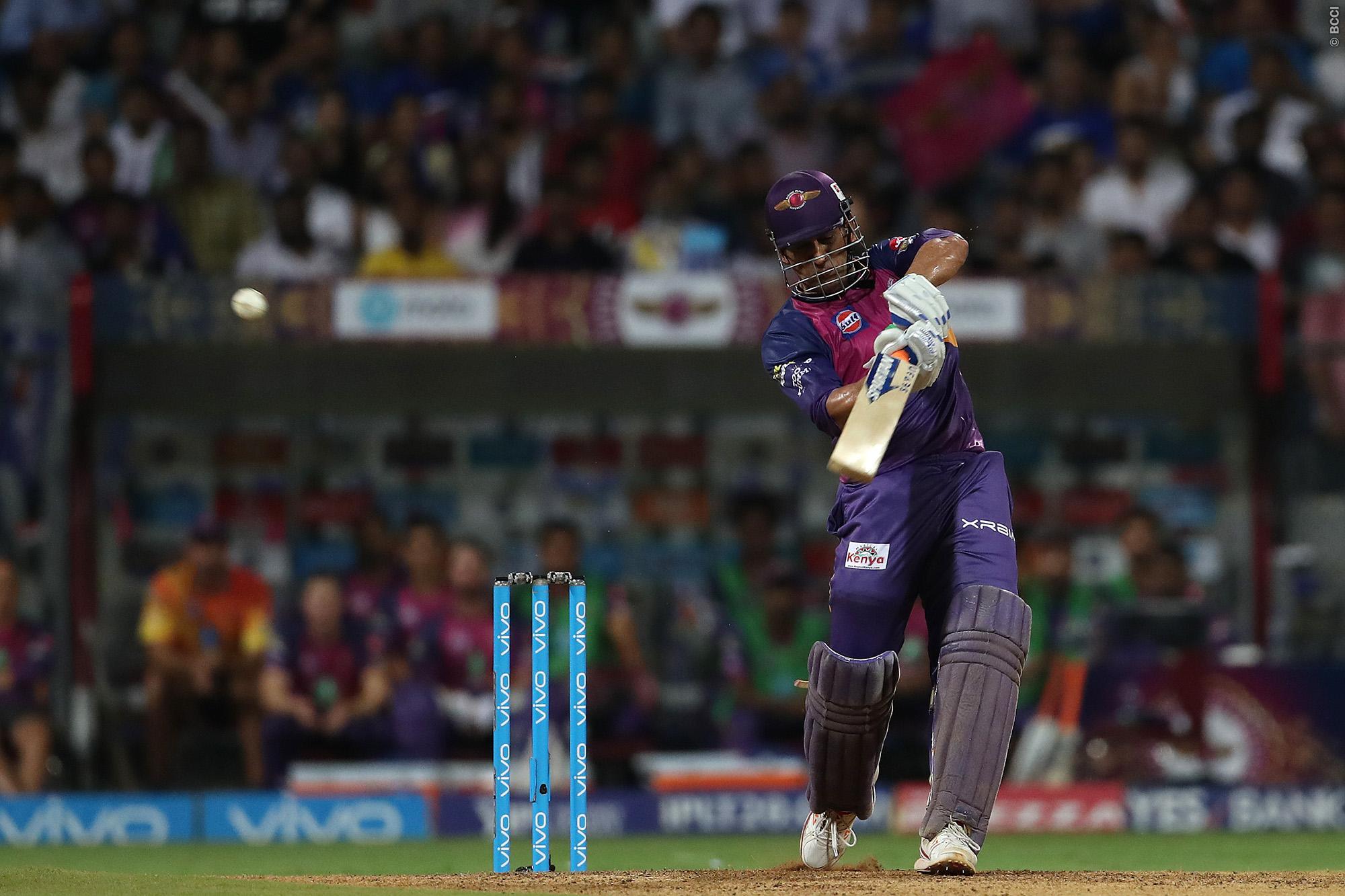 MS Dhoni is a big match player. There is no one better than him in crunch situations. He displayed it once again to steer Rising Pune Supergiants to a clinical win over Mumbai Indians at the Wankhede Stadium.

The former captain played a scorching knock to help the Supergiants in posting a par total in Mumbai. He hit five massive sixes, and took Jasprit Bumrah and Mitchell McClenaghan for cleaners in the death over.

“It was a big day and big players stepped up,” Smith said. “I thought MS was magnificent at the end with Manoj Tiwary. Rahane batted beautifully at the start to give us a chance to have a launch pad at the end.”

The Supergiants posted 162 at the end, thanks to Dhoni, Manoj Tiwary and Ajinkya Rahane. Tiwary and Rahane scored respective fifties, while Dhoni provided the late impetus to the innings.

Read More: Mumbai Indians Rightly Made it to the IPL Playoffs

“I thought the execution was fantastic,” Smith insisted. “It was a slow wicket and it was difficult to time the ball but MS and Manoj did a terrific job to get a few over the fence and get us to that total.”