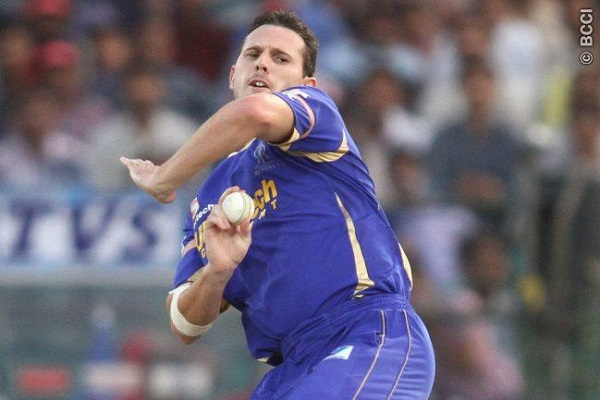 Inclusion of Tait will act as an impetus to the depleted pace attack of the Knight Riders, as the Gautam Gambhir-led side slated to play Rising Pune Supergiants in the next match on Saturday.

Tait joined Kolkata Knight Riders yesterday, but didn’t took part in the practice session, as he had landed just a few hour before the training session.

The 33-year-old pacer last played for Islamabad United in the Pakistan Super League, and has recently signed by the English County side Glamorgan.

This is Tait’s second stint in the Indian Premier League, as the Aussie pacer last played for now-defunct Rajasthan Royals. He was ignored in the  IPL auction earlier this year, and went unsold.

Hastings, meanwhile, is currently recovering from the ankle injury, as he underwent a surgery after heading home from the IPL.

He has been ruled out of Australia’s upcoming tri-series against West Indies and South Africa. There’s still time in Hastings to resume bowling and making a comeback into the squad.