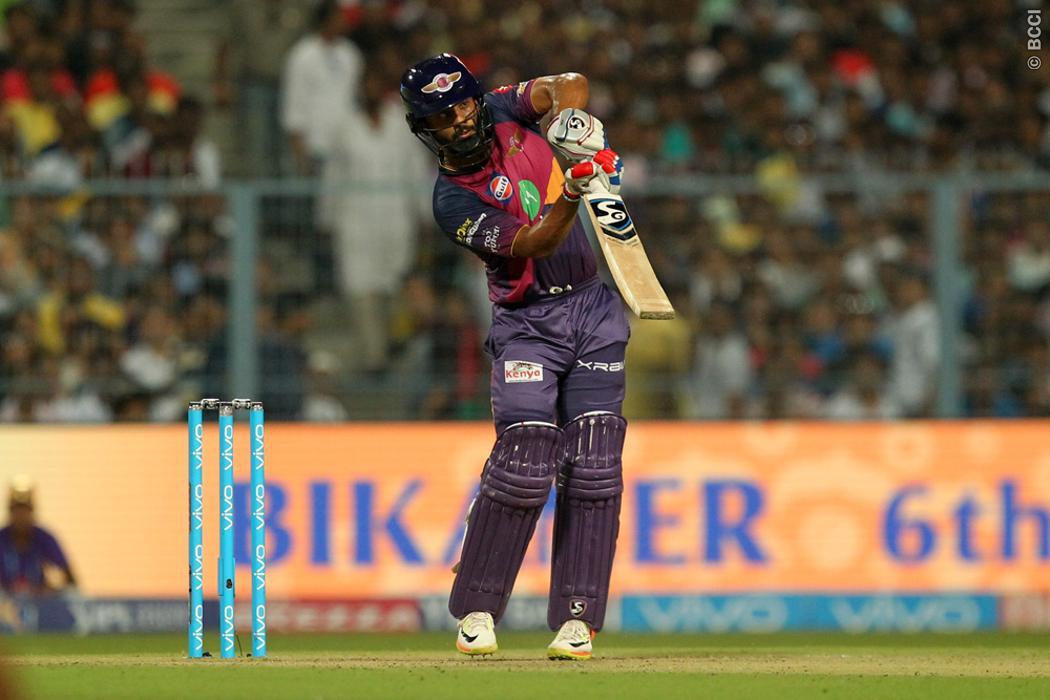 No one needs to vouch for Rahul Tripathi’s ability to hit the ball out of the park at will. He has been doing that for quite sometime this season. The Maharashtra batsman has already made a mark right at the top of the order.

Tripathi is not only indulging in clean striking of the cricket ball but also making sure that he is here to stay. Over the years, we have seen a handful of IPL stars who have been born and have disappeared in the subsequent season.

But, Tripathi looked a different kettle of fish. He is opening the batting with one of the most accomplished batsman like Ajinkya Rahane. Tripathi is actually outshining an international cricketer in Rahane with his ability to go all out.

Another good thing about Tripathi is that he never in two minds while hitting the ball. This is a rare quality for a batsman of his experience. Without having played consistently with the top-class cricketers.

He is still bats like a players with loads of experience. The richest cricket league in the world, IPL, has seen plenty of big hitters, but Tripathi redefined T20 hitting with an outstanding 93 off 52 balls against a commendable side.

In last few innings that he played for Pune in place of Mayank Agarwal, Tripathi looked in control of things from the very beginning. He did get big scores then, but always looked to have the potential to get few of them.

Now that he has already made his entry in to the big league with a fine knock, his team would be expecting more!