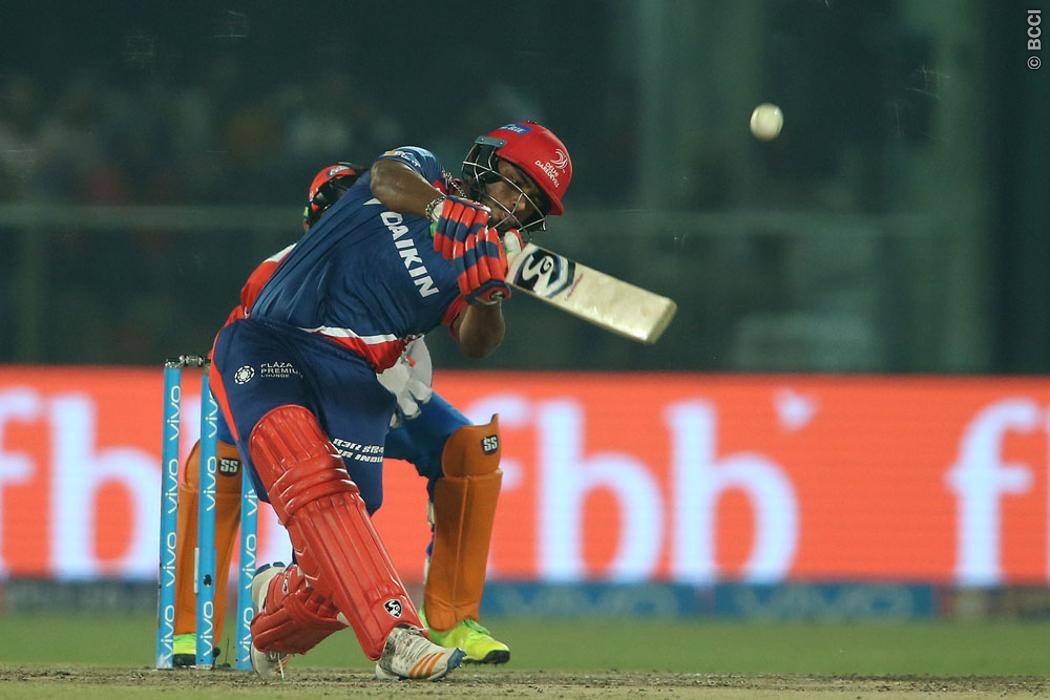 Rishabh Pant Could Make the Cut for Champions Trophy

A star is born in Rishabh Pant. After a smashing 97 against the Gujarat Lions at the Feroz Shah Kotla on Thursday night, everyone is wondering if he could be in the Indian line-up for the Champions Trophy.

It didn’t matter that he couldn’t stay till the end to finish the game and was in state of shock. But at the end of it, he was smiling and knew the importance of winning the match and staying alive in the tournament.

Bachchan Tweeted on the micro-blogging site Twitter: “UFFFFFFF!! what an innings played by #Rishabhpant .. never mind the 100 .. for us it was more than that !”

Tendulkar Tweeted: “One of the best Innings I have seen in the IPL & that includes all 10 seasons. @RishabPant777.”

Sourav Ganguly agreed: “Rishabh pant,Sanju Samson …tonite wow..keep an eye on them teams …they are special.”

Even the spectators who came out of the Kotla at the stroke of mid-night were ecstatic. “What a knock, my God!” one of them said while the several group of supporters backed the Daredevils to go all the way if Pant would have his way.