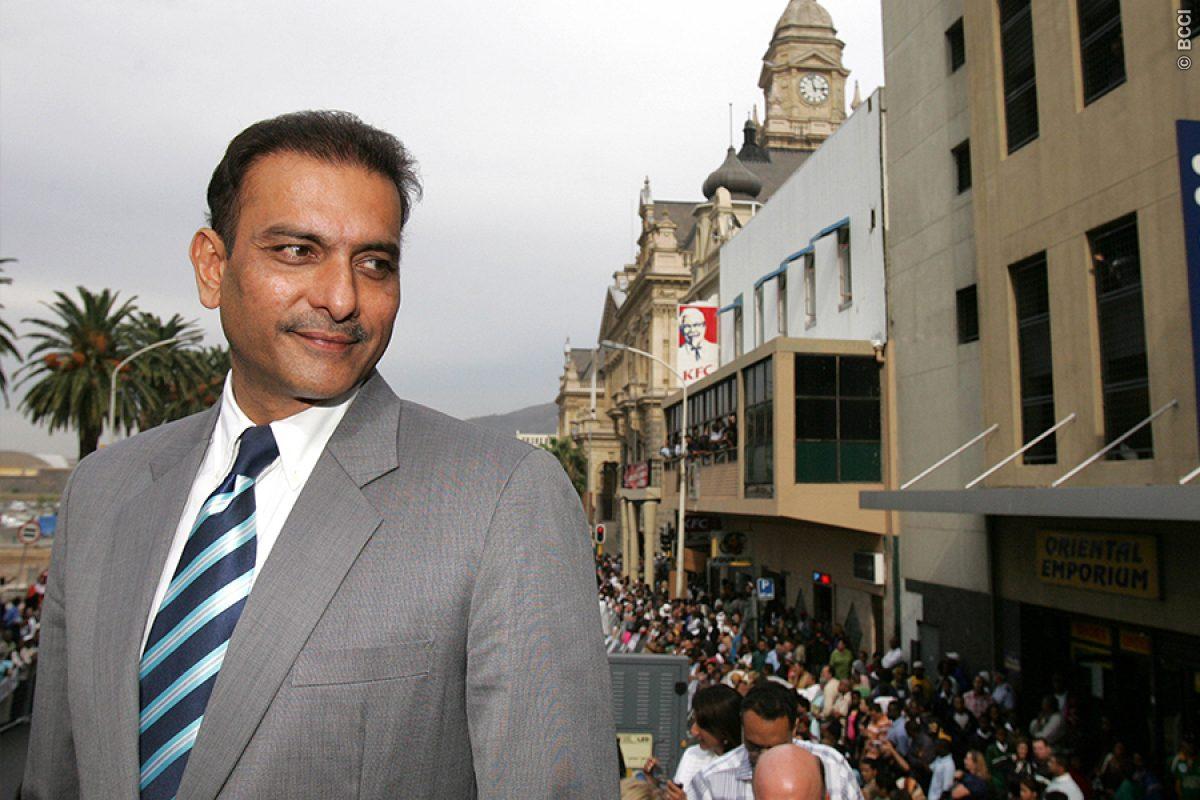 Why Ravi Shastri is Ahead in Indian Cricket Team Coach Race?

A day after former Indian team director Ravi Shastri applied for the job of Indian Cricket Team coach, he has emerged as the leading candidate to bag the post.

According to an insider, Shastri could become the top choice because of his satisfactory performance as a team director with the Indian team in last 18 months.

“There a section in the board who strongly believe that India have done reasonably well under Shastri’s guidance and his vision for team could better than some of the other candidate,” a BCCI source told Drcricket7.

He also added that the backing of the senior Indian cricketers may also help Shastri to become the new coach of the Indian team.

Sources also admitted that the board isn’t confident to get much response from the foreign applicants for the Indian Cricket Team coach because there aren’t many who are keen to be a part of the Indian team.

Since the time Duncan Fletcher left the team after the 2015 World Cup in Australia, the Indian Cricket Team has been under Shastri’s guidance.

Despite making repeated efforts from the BCCI, none of the foreign coaches showed any interest to take up the job of India coach.

“There isn’t much hope for the foreigners to take the job. If anyone applies, it will be clearly between that foreign coach and Shastri,” the source added.