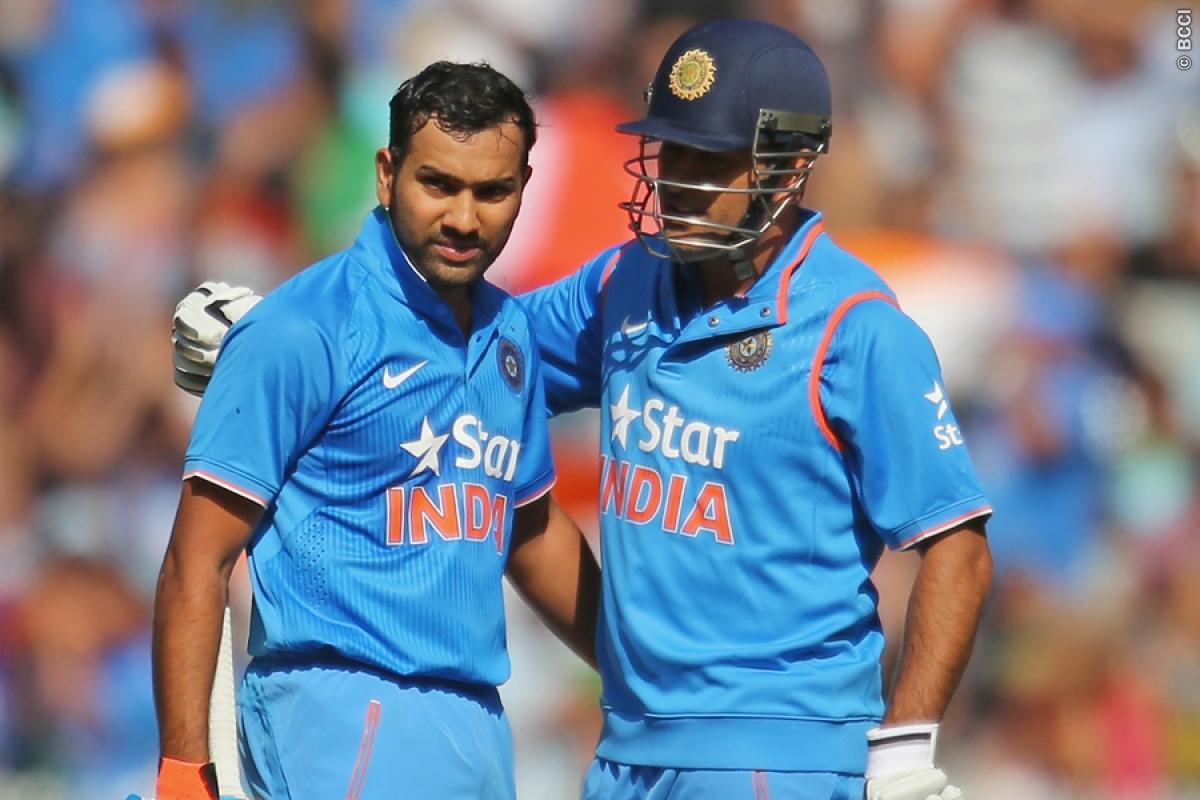 After a resounding 109-run victory over Bangladesh in the quarter-final, India are two steps away from defending their title. It was yet another impressive all-round display that saw the batsmen putting up a good total and the bowlers defending it successfully.

For the record, India have now bowled out all their opponents in this World Cup. But what impressed the Indian captain the most was his side’s batting display.

“What is important for us is that we have scored runs in all the games, whether we have batted first or chased,” Dhoni said. “The fact that we don’t have our batsmen in the top five run-scorers list for the World Cup means everybody has chipped in, which is a good position to be in, especially in the knockout stages. We will have to keep repeating what we have been doing.”

India were precariously poised at 115 for 3 after losing Shikhar Dhawan, Virat Kohli and Ajinkya Rahane in quick succession. At that time India needed Rohit Sharma and Suresh Raina to hold fort to help them post a decent total.

“Rohit and Raina batted well,” Dhoni spoke of the duo’s century stand for the fourth wicket. “Though the wickets kept falling at one end, Rohit kept himself very calm. His strike-rate dropped but he knew if he played maximum numbers of overs, he could definitely score, and score at a good pace. Raina, we all know is a natural stroke-maker and it is always good to have somebody like him batting at No. 5. How they took the game forward was very crucial because one more wicket at that point of time and we could have ended up with only 250 on the board.”

There has been a pattern to India’s top-order batting. They are patient even if runs have not come thick and fast – an approach that Dhoni endorsed. “You have to bat according to the strengths that you have and I feel both Shikhar and Rohit have been doing that well. Also, you can’t just go and slog. You need to back your strengths, assess conditions and set targets accordingly. A good start is important and it may not always mean the number of runs. It can mean a good partnership and batsmen being set there.”

Dhoni also praised Rohit Sharma’s effort with the bat. He had words of appreciation for the opening batsman who has played a pivotal role in helping India lay a good platform. Dhoni believed Rohit was a far effective batsman at the top instead of the lower order. “We felt Rohit was wasted while batting at No.6 for us,” the captain said.

“Batting in that position, he was not getting enough chances to bat, and our top order was quite fixed. We couldn’t really make him play or give him enough opportunities. That’s one of the reasons why you may think he has not done enough in his first 40 games. But out of those 40 there were quite a few times when he went in to bat in the last four overs or five overs.”

Elaborating further, he said, “In a five-match series if you’re playing and your top-order is batting really well in India, you don’t really get a chance to bat. You may get a chance in the last couple of matches with 10 overs to go and they count as chances. That was the time we decided we’ll try to make him an opener, and he accepted that. We thought he would be far more effective opening the innings since he cuts and pulls well and he’s a natural stroke-player. It helps if you have somebody of that kind in the top-order who gets going and plays till the end.”