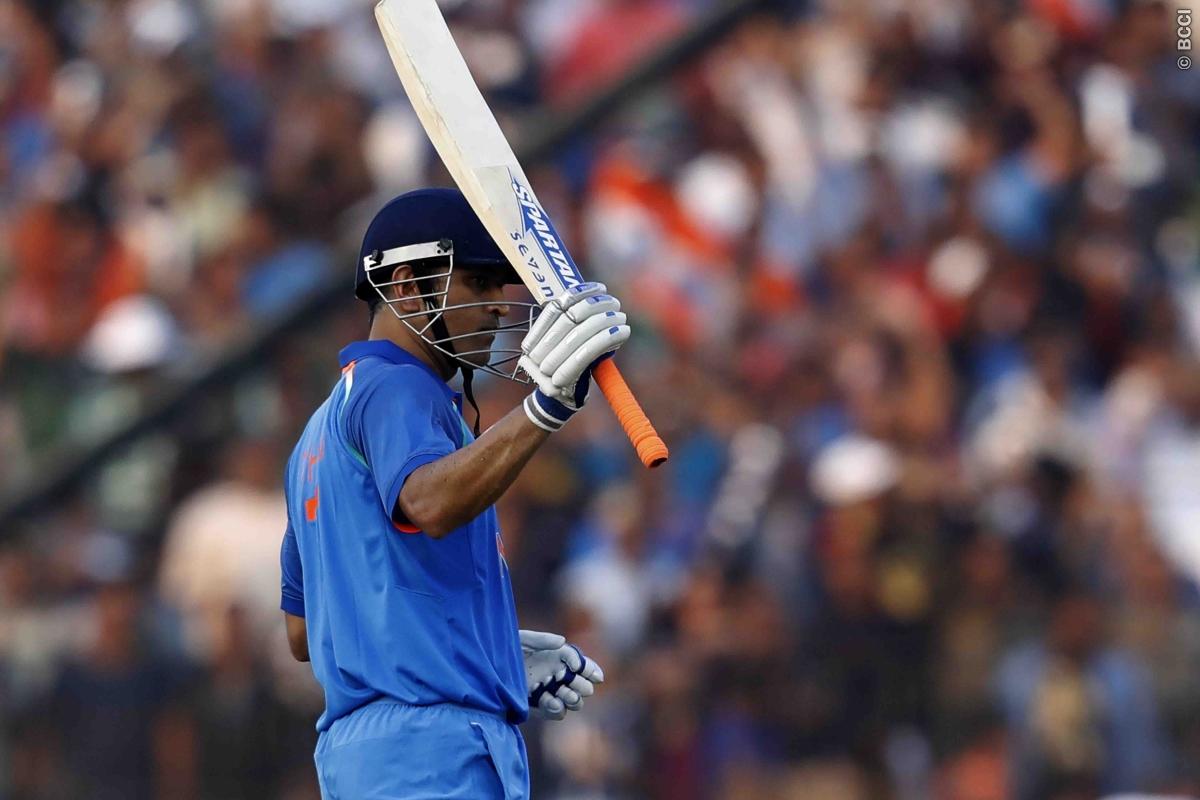 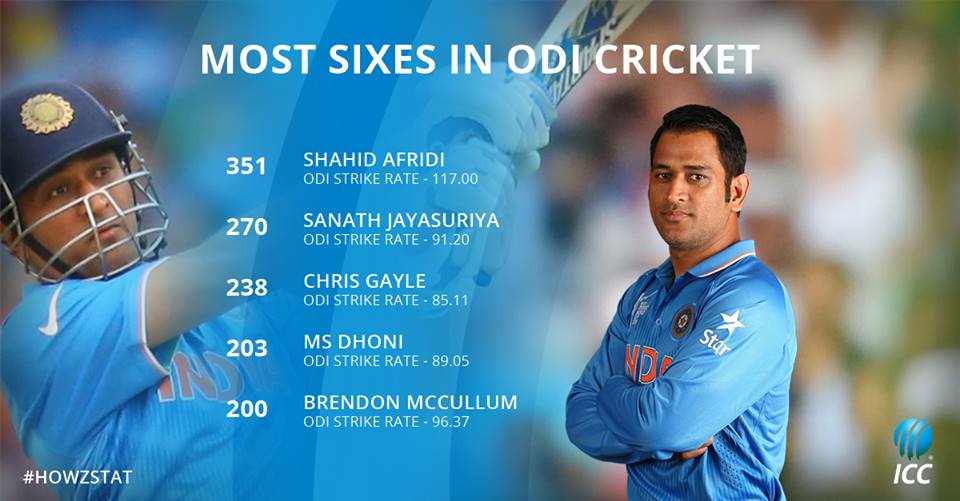 MS Dhoni has joined a very exclusive list of players, who have hit more than 200 sixes in the one-dayers. He is the first Indians and fourth overall to have found place in the list, with 203 sixes in 285 matches.

The former Indian captain made a 122-ball 134 in Cuttack against England. He hit 10 fours and six sixes in his innings. Dhoni also made a record 256-run stand with Yuvraj Singh for the fourth wicket in India’s win.

“Mahi and me were taking it bit by bit. Initially we targeted a 50-run stand and once when we got there we set our eyes on a hundred-run stand. We have won many matches for India and we had the confidence in each other.”

“Mahi realized that I was getting the boundaries and so he was content rotating the strike,” Yuvraj said.

Dhoni is now the fourth in the six-hitters list, which is topped by Pakistan’s Shahid Afridi. Afridi has 351 sixes to his name, followed by former Sri Lankan batsman Sanath Jayasuriya (270) and Windies opener Chris Gayle (238).

Brendon McCullum is fifth in the list 200 sixes to his name. He, however, has retired from the game.