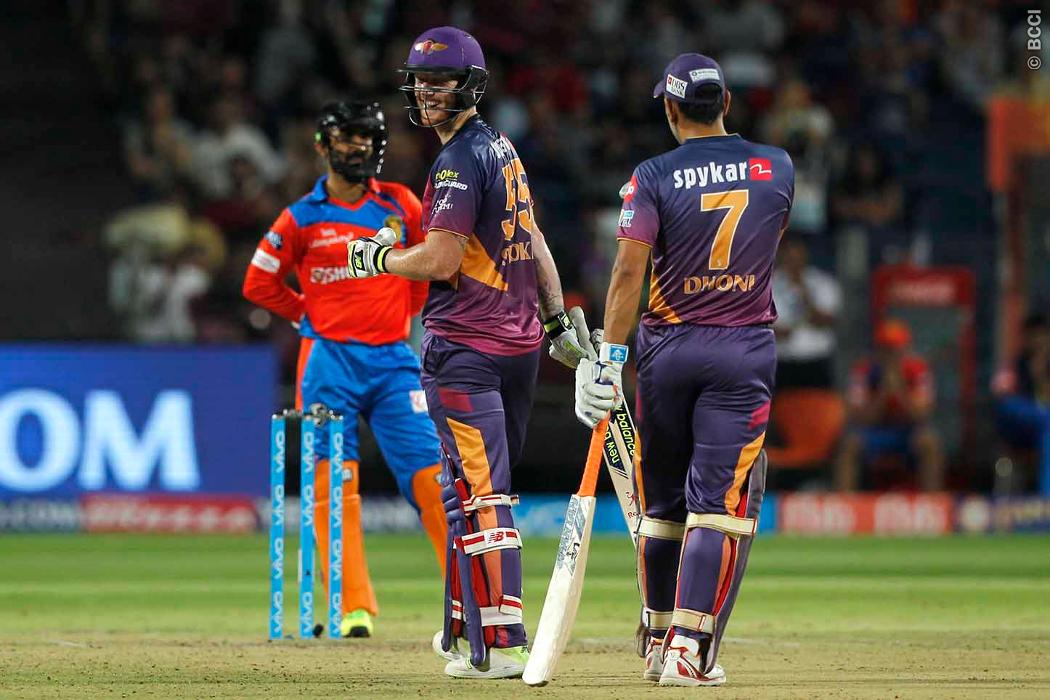 Pune, however, endured a shaky start when they lost three wickets inside two overs. But, Stokes and MS Dhoni joined forces and added 76 runs for the fifth wicket to turn the match in Pune’s favour.

“It wasn’t an ideal start but we have some artillery in the shed,” Smith pointed out. “MS Dhoni and Stoksy (Stokes) took it deep. It is one of the easier ground to his sixes and Stoksy made use of it.”

Dhoni anchored the one end, while Stokes took the responsibility to hitting big boundaries from the other. They both ensured that the hosts remain in hunt to chase down 162, after losing the top-order in no time.

“We lost quite a few early wickets,” Stokes said. “Me and MS (Dhoni) just tried to keep it ticking.”

Pune are now firmly placed fourth with 12 points, four clear of Kings XI Punjab. They have six wins in 10 matches.

0 0 0 0
Previous : Delhi Daredevils’ Play-off Chances are now Over
Next : Can Anyone Match MS Dhoni’s Heroics Behind the Wickets?