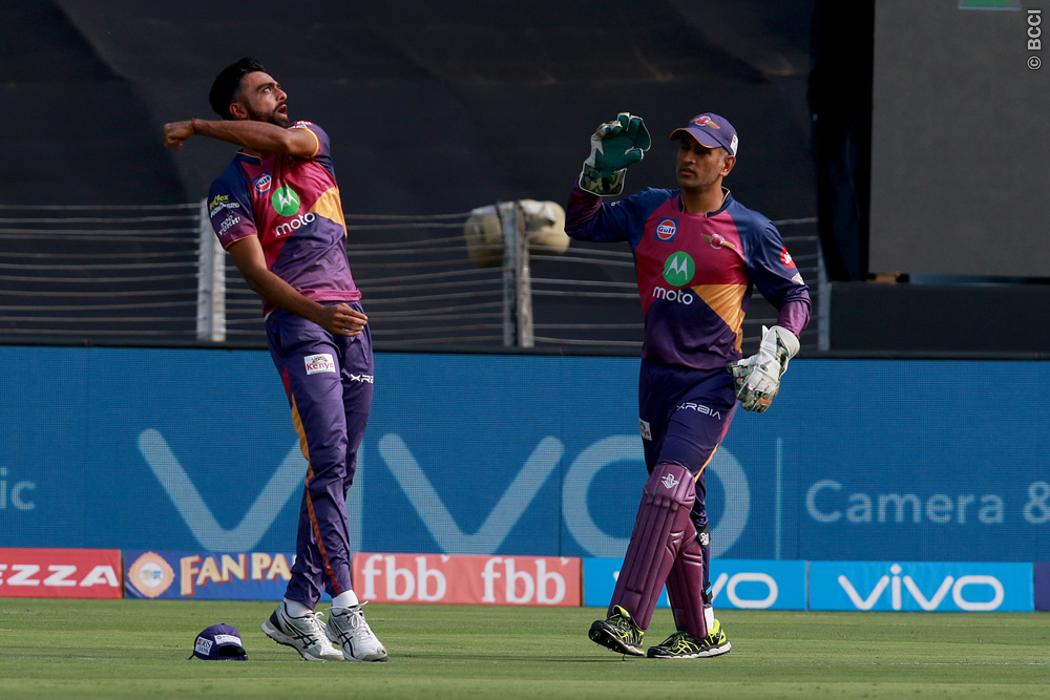 MS Dhoni Achieves Yet Another Milestone in Pune’s Win

MS Dhoni seems to be on a record-making spree. He has added one more feather to his hat in Rising Pune Supergiants’ thumping win over Kings XI Punjab. Dhoni showed that he is still the best wicketkeeper in the country.

The Ranchi-born has completed 100 dismissals in the IPL. His form with the gloves is soaring, as he was involved in three dismissals against Punjab. The dismissals also include a rebound catch of Swapnil Singh off Jaydev Unadkat.

The former CSK captain now has 101 dismissals behind the wicket in 157 games. He is now only behind Dinesh Karthik, who has 106 dismissals in 152 matches. He played a crucial role in Pune’s win on Sunday over Punjab.

“We always treat him as a batsman but phenomenal stuff he does behind the wickets,” chairman of selectors MSK Prasad said. “Not many people appreciate that. According to me, he is still the best wicketkeeper in world cricket.”

Dhoni has inflicted some crucial run outs and dismissals for Pune this season. He has been a rock behind the stumps.

0 0 0 0
Previous : Mumbai Indians Rightly Made it to the IPL Playoffs
Next : Rising Pune Supergiants Dark Horse to Win IPL 2017