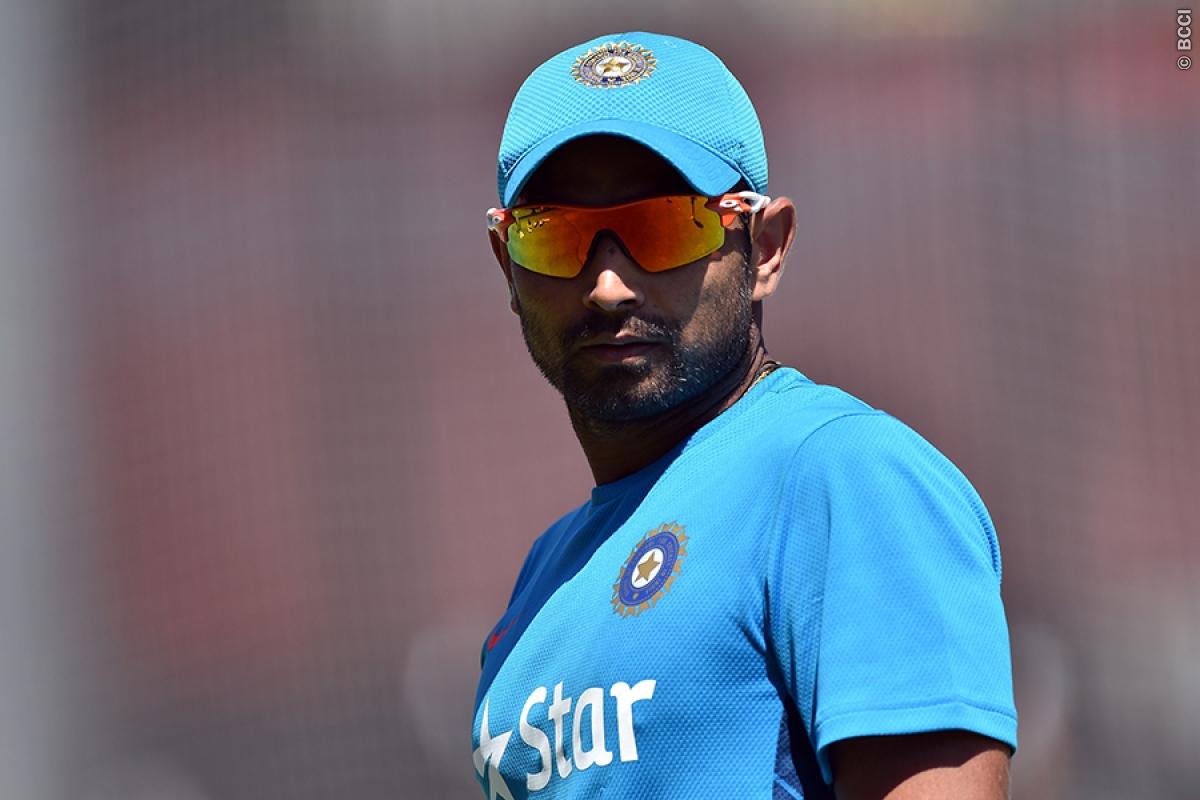 India might be without their bowling spearhead Mohammed Shami in the one-day series against England. Shami has an injured right knee owing to which he missed the 5th Test against England as well.

The Indian speedster has joined a long-list of injured players, including Shikhar Dhawan, Rohit Sharma, Wriddhiman Saha and Ajinkya Rahane. He will be out of action for atleast a month.

According to reports, Ashish Nehra might make a comeback into the Indian team. Reports also suggest that Ishant Sharma might also make his limited-overs comeback in the England ODI series, starting January 15.

The Indians have recently hammered England in the Test series. They blanked the visitors 4-0 in the five-match series. MS Dhoni’s men are clear favorites to win the limited-overs series as well against the Three Lions.

First, India will play a three-match ODI series against England, followed by three T20 matches. The opening match of the limited-overs series will take place at Pune’s MCA Stadium.