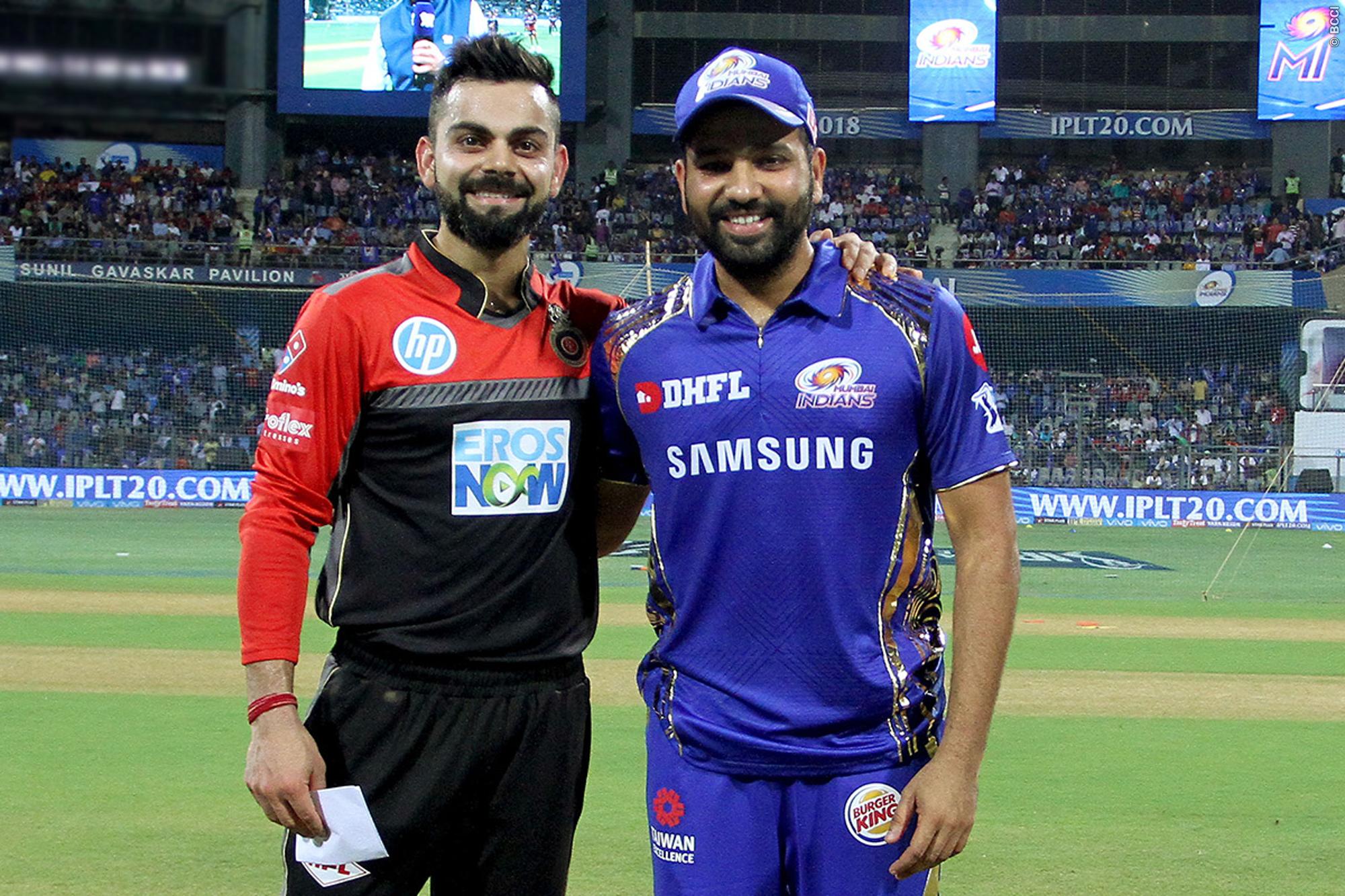 Two extremely popular sides – Royal Challengers Bangalore and Mumbai Indians – yet fighting for survival, will come up against each in Match 31 of VIVO IPL 2018. Both teams have played seven matchesso far, with returns of two wins and five defeats each.

Three of the top four totals posted this season have been conceded RCB. Less than a week ago, Chennai Super Kings chased down 206 against RCB and won with two balls to spare. More recently, the Kolkata Knight Riders chased down 175 without their batsmen being made to work hard. Therein lies the problem for RCB; if they’re bowling first, they concede a mountain of runs that the odds are stacked up even against their dangerous batting line-up. And if they’re defending a total, no matter how many runs the batsmen post, their bowlers can’t seem to get their acts right. The numbers best tell the story; RCB’s overall scoring rate this season is a very competitive 9.13, but their overall economy rate is 9.63!

Mumbai Indians, who have the additional burden of being the defending champions, will feel they have been hard done by after finishing on the wrong side of several last over finishes. MI though will take plenty of confidence from their performance in the previous match; the bowlers were disciplined and restricted the then table-toppers Chennai Super Kings to 169, after which the top order got firing and sealed the run-chase.

MI have some kind of momentum after the win in Pune, while RCB need to flush out from their memory their losses to CSK & KKR and create some momentum for themselves. Who will grab the two points at stake in this match?

The captains of the two teams – Virat Kohli for RCB and Rohit Sharma for MI – are their team’s biggest match-winners. Add to the mix the in-form Suryakumar Yadav (MI’s top run-getter), Ishan Kishan and Evin Lewis, and there is scope for plenty of fireworks.

RCB will be faced with a selection dilemma. AB de Villiers missed the previous match because of illness – and his replacement in the XI, Brendon McCullum, scored 38 from 28 balls and formed one half of RCB’s best opening partnership this season. Do RCB stick with McCullum for the moment and give de Villiers the chance to recover completely, or do they rush the South African into the XI if he has recovered sufficiently?

Umesh Yadav, who has had extremely good days or awfully bad days, is RCB’s top wicket-taker this season; the pacer has had four exceptional matches, one modest outing, and two poor matches. RCB will need the experienced pacer, along with Tim Southee, to strike big on Tuesday night. The only RCB bowler who can claim to possess an economy rate of under 8 this season is YuzvendraChahal; the leg-spinner has 7 wickets from as many matches and an economy rate of 7.92.

Almost all the MI bowlers will be licking their lips at the prospect of playing against RCB, for they’ve all had plenty of success against the RCB batsmen. Mitchell McClenaghan has an impressive record against Virat Kohli –4 dismissals in 38 balls, while Krunal Pandya has AB de Villiers’ number, having dismissed him in 4 of the batsman’s last 5 innings against MI. More recently, when the Indian team visited South Africa earlier this year, JaspritBumrah (3) and Hardik Pandya (2) between them accounted for 5 of AB de Villiers’ 9 dismissals across the various formats.

Among all the IPL teams, the Mumbai Indians have the most wins against Royal Challengers Bangalore.