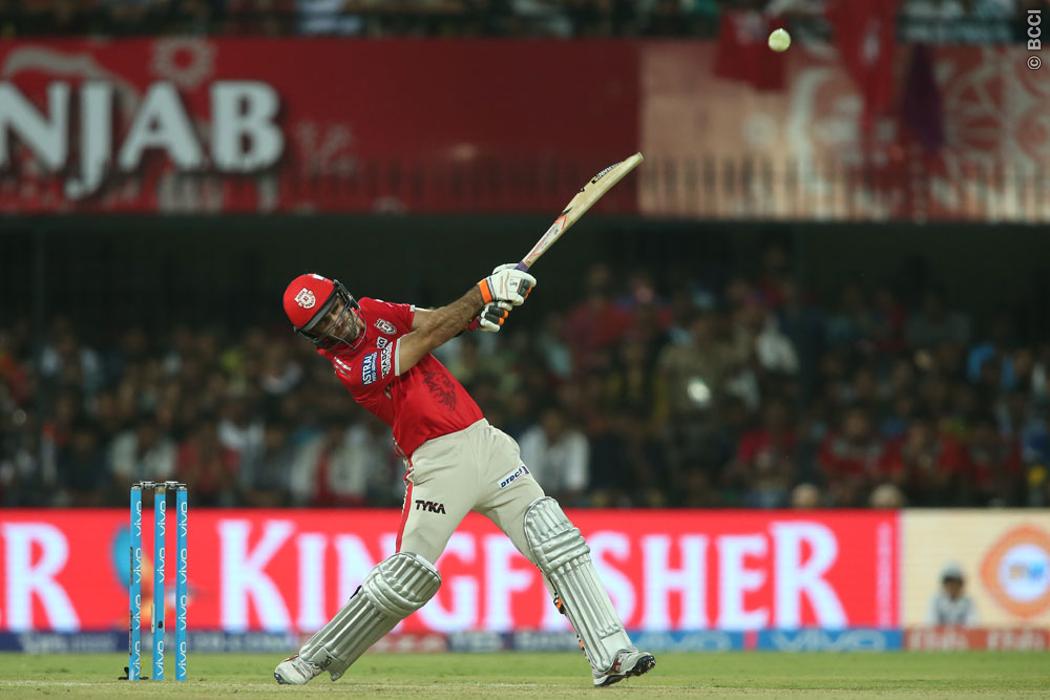 KXIP vs RCB: Can Glenn Maxwell Execute his Game-Plan Against Bangalore?

Save the best for the last was what Kings XI Punjab captain Glenn Maxwell must have thought before their chase against Rising Pune Supergiants began. But will he repeat the show against Royal Challengers Bangalore?

The Kings lost around four wickets at score of 85 in the 12 over of their innings against Rising Pune Supergiants. Still, they didn’t panic because of Glenn Maxwell’s presence in the squad.

And, Maxwell didn’t disappoint them. The moment he walked into the crease, he plundered runs at will and rounded up the match. Not only that, the other big batsman who stayed till the end with Maxwell was David Miller.

Perhaps, Pune’s strong batting line-up could have tried something like Punjab by saving the best for the last. But, Maxwell is Maxwell afterall. He has his own playing style, and most importantly he is in-form.

The Kings are now up against a formidable Royal Challengers. They cannot cross the line while banking on Maxwell alone. Punjab would be needing a healthy contribution from their top-order, if they need to win this one.

Bangalore might be missing the likes of Virat Kohli, KL Rahul and AB de Villiers, but they are still a side to reckon with. Chris Gayle, Shane Watson and Kedar Jadhav are more than capable of turning the game on its head.

0 0 0 0
Previous : There’s Absolutely no Reason why MS Dhoni Shouldn’t be an Inspiration
Next : IPL 2017 – Intense Battle Between Ball and Bat