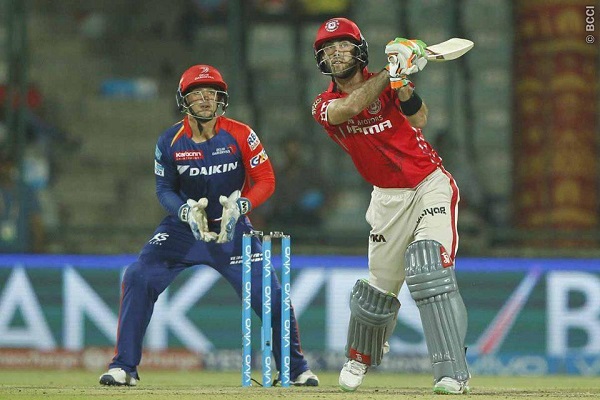 Kings XI Punjab’s destructive batsman Glenn Maxwell has been reprimanded for breaching the IPL Code of Conduct in his team’s last match against Delhi Daredevils.

Maxwell, who showed dissent on the umpiring decision, has admitted the charges against him, and there was no need of any formal hearing.

IPL informed in the press release: In the VIVO IPL match in Delhi last evening, Glen Maxwell of Kings XI Punjab was reprimanded by the Match Referee for showing dissent at the umpire’s decision.

Mr. Maxwell admitted to the level 1 offence (Article 2.1.5 of the IPL Code of Conduct for Players and Team Officials) and accepted the sanction.

The Australian had a poor game, as he failed to open his account while batting, and gave away 11 runs in his only over of the match.

Punjab faced a thumping defeat at the Feroz Shah Kotla, as they lost the match by eight wickets, and with 39 balls to spare against the Daredevils.

The Kings, who have lost both their matches so far in the tournament, are set to face Rising Pune Supergiants in their third match of the Indian Premier League in Mohali.

0 0 0 0
Previous : Bangalore in line to host IPL 2016 Final
Next : Three on Three! Gujarat Lions Couldn’t Have Asked For More