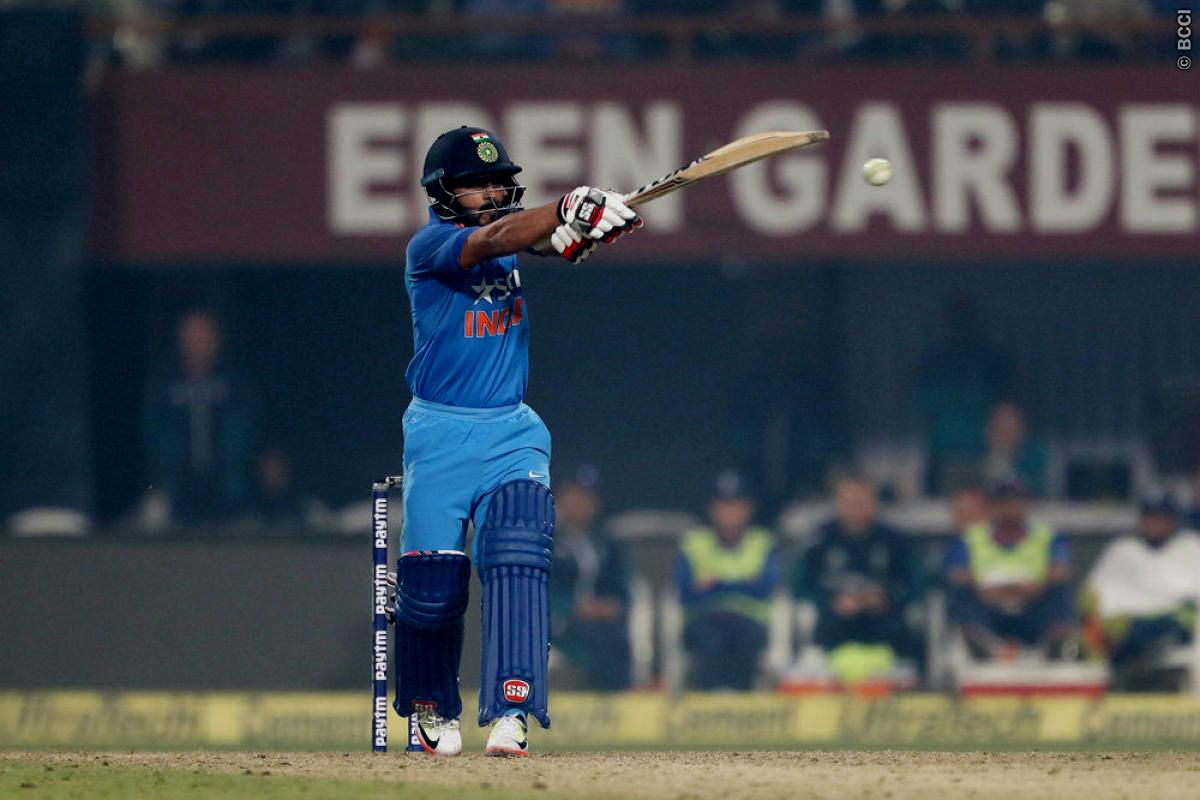 Kedar Jadhav has managed to cement his place in India’s star-studded middle-order. In the one-dayers against England, he  grabbed the opportunity with both hands and played crucial knocks for the Indian team.

The Pune-born scored a century in the three-match ODI series. He ended up as the leading run-scorer, and won man of the series award. His temperament and calm demeanor have also caught everyone’s attention.

Jadhav has credited former Indian captain MS Dhoni for his calmness in the middle. He said that since breaking into the Indian team, he has spent a lot of time with Dhoni that has helped him in dealing with pressure situations.

“The thing is, since the time I came in the team, I’ve been spending a lot of time with Dhoni,” Jadhav said in the post-match presentation. “It has helped me deal with situations calmly.”

Jadhav played a composed yet firing knock in the 3rd ODI. He, however, failed to take the team over the line.

“First game when I was in the middle, with Virat, this is the time where you can learn how to finish games and that is what I told Hardik as well,” Jadhav said. “If we play to our potential through the end, we would win.”