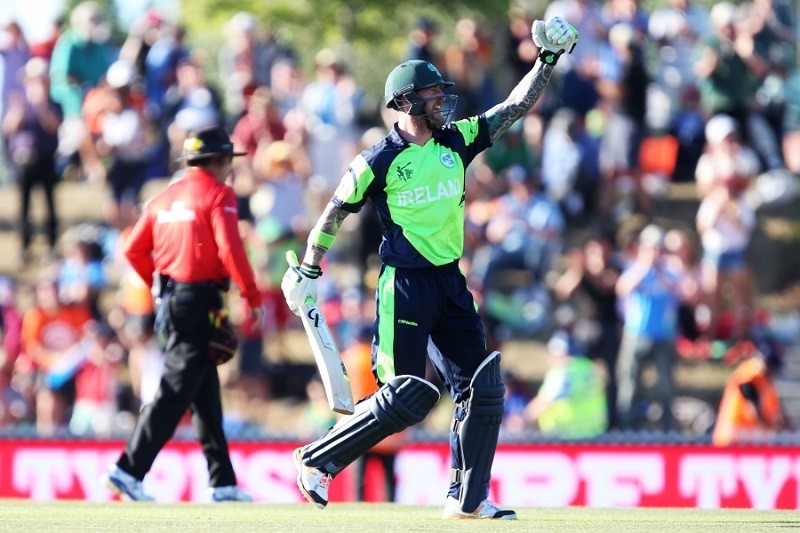 West Indies batsman Darren Sammy and Ireland bowler John Mooney have both been fined 30 per cent of their match fees for violating Level 1 Article 2.1.4 of the ICC Code of Conduct for Players and Player Support Personnel, which relates to “language or a gesture that is obscene, offensive or insulting during an International match” following Ireland’s four-wicket victory in Nelson on Monday.

Both offences happened in separate incidents in the first innings when Sammy was heard on television screens using inappropriate words after playing a shot in the 34th over, while in the second instance Mooney swore several times when a fielder dropped a catch in the 45th over.

Both players admitted the offences and accepted the sanction proposed by Chris Broad, of the Emirates Elite Panel of ICC Match Referees. As such, there was no need for a formal hearing. All Level 1 breaches carry a minimum penalty of an official reprimand and a maximum penalty of 50 per cent of a player’s match fee.