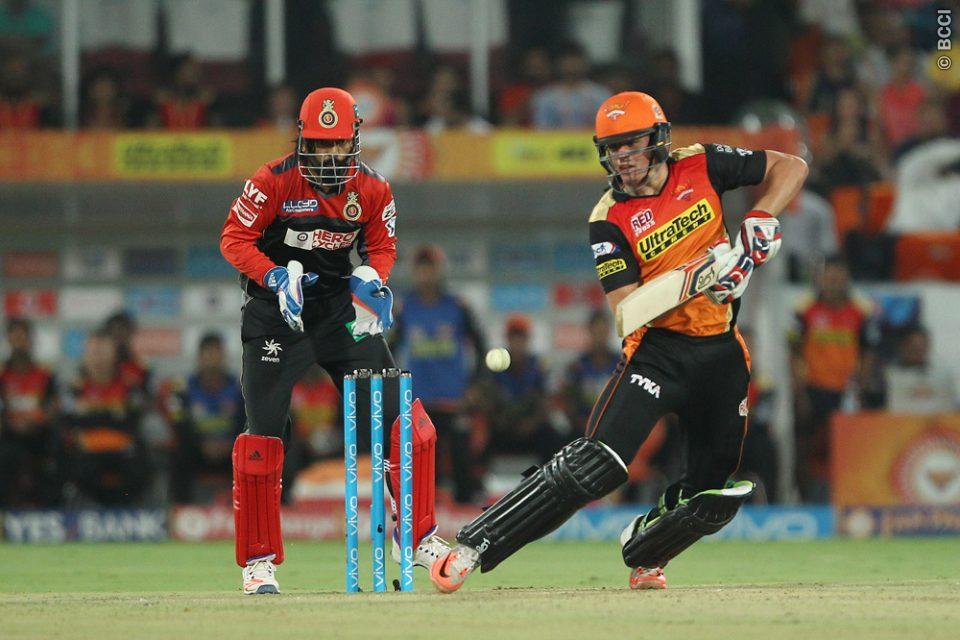 Throughout the IPL league stages, Sunrisers Hyderabad have emerged as the only team banking on the bowling to do the job. Starting from Ashish Nehra, the most experienced of the lot, Mustafizur, who is perhaps the best bowler in the world and Bhuvneshwar Kumar, the bowler with an ability to take wickets at a very good rate – all of them have formed the core strength of the team.

Friday was one such occasion when the bowling unit without the services of Nehra and Mustafizur were not in a position of strength. Still they have managed to keep Gujarat Lions in check and bowlers like Bhuvneshwar have stood up to the challenge.

Their captain, David Warner, later complimented his bowlers’ hard work by playing a match-winning knock against Gujarat Lions in the second qualifier at the Feroz Shah Kotla. Earlier, the Sunrisers had beaten Kolkata Knight Riders in the Eliminator on Wednesday.

In that match too, it was the Sunrisers’ bowlers who restricted the KKR from reaching the winning target. In fact, the Sunrisers are the only team in the competition, which has been winning match consistently on the basis of their bowling strength.

Unlike the Sunrisers, the Royals Challengers, against whom they are going to play Sunday’s IPL final, have been winning most of their match by the virtue of batting strength. The likes of in-form Virat Kohli, AB de Villiers and Chris Gayle are capable of winning matches almost single-handedly. Something, which the Sunrisers are quite aware of.

So when both the team clash in the IPL Final, it will be a battle between the Sunrisers’ bowlers and RCB’s strong batting line-up. It is now for the world to see which team crosses the finishing line and claim the IPL title. Whosoever would do it, it will be a maiden title.