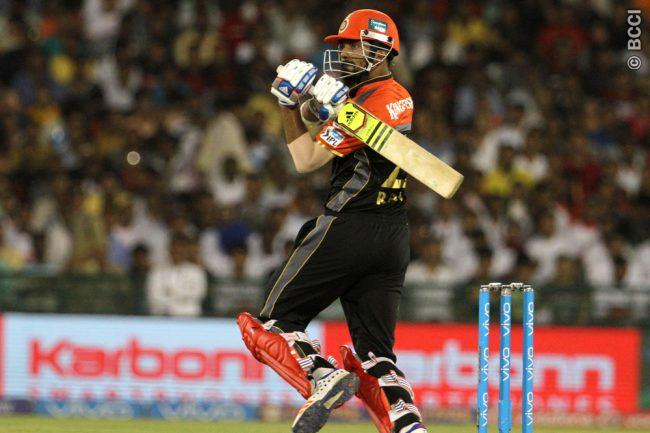 Royal Challengers Bangalore have received a major blow in KL Rahul, who will miss the entire IPL 2017. Rahul sustained an injury on his left shoulder against Australia, and will go under the knife in England.

The opener, however, might recover in time for the Champions Trophy in the United Kingdom. It is important from the Indian Cricket Team’s perspective, as he was their batting mainstay against Australia.

Rahul dislocated his shoulder in Pune, but continued to bat in the following matches. In interviews, Rahul suggested that the injury is restricting him from playing extravagant shots. He still managed to score 397 runs in the series.

Royal Challengers have already lost Virat Kohli for atleast a first few matches of the tournament. Kohli is also nursing a shoulder injury, which ruled him out of the series-decider in Dharamshala against Australia.

In the absence of Kohli and Rahul, Royal Challengers will have to look for suitable replacement for the duo. They now would be hoping to have their star batsmen – Chris Gayle and AB de Villiers – firing on all cylinders.

The absence of star batsmen in the line-up have also increased pressure over domestic talents – Mandeep Singh and Sarfraz Khan. Their coach Daniel Vettori will have to look at some uncapped players this time around.