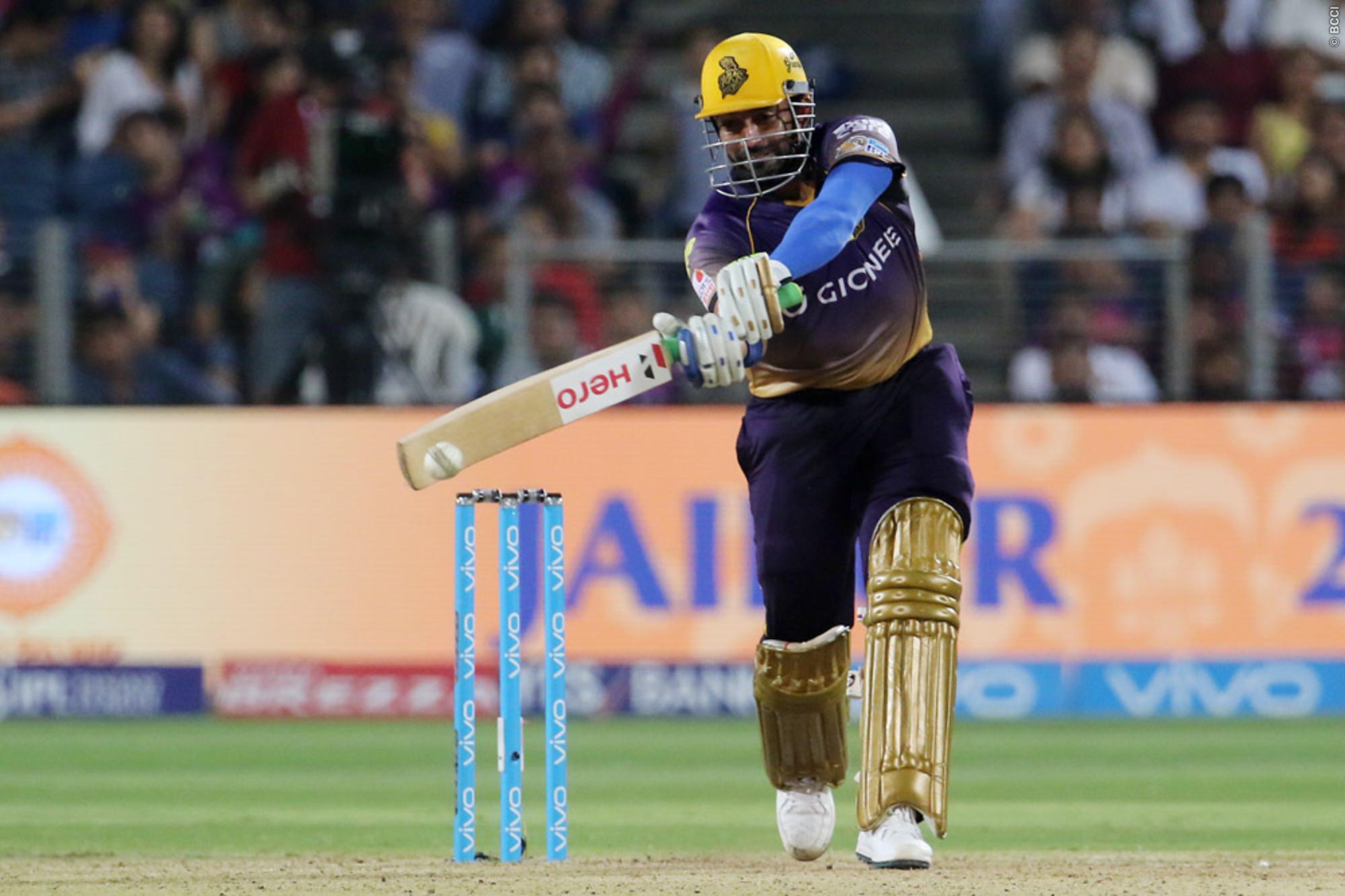 On his ODI debut against England in 2006, Robin Uthappa took giant steps and while opening the innings with then captain Rahul Dravid. He not only made a solid 86 and helped India to chase down 289.

But also made a telling statement that he is here to stay. More than 11 years later, not much has changed. Uthappa continues to score runs in IPL and even played stellar roles in ensuring Kolkata Knight Riders’ two triumphs.

The only thing perhaps which isn’t there is that Uthappa doesn’t play for India anymore. Not that he isn’t capable. But there isn’t any slot for him. Wednesday’s game against the Rising Pune Supergiants was another such occasion.

Uthappa had to set the foundation while his team was chasing a daunting total. And, he did it in grand style by making a fine 87 off 47 deliveries. It was a typical Uthappa knock, filled with four and sixes.

Read More: Watch Another MS Dhoni Special Behind the Stumps

He practically made it impossible for the opponent bowler to apply brakes on the scoring. Now that KKR are right on top in the league table, good form of a player like Uthappa has contributed it.

There are others like captain Gautam Gambhir, Manish Pandey, Kuldeep Yadav and Sunil Narine who are consistently performing for KKR. However, runs scored at the top of the order always sets the tone.

Uthappa is just doing that At the same time, he is fearless. It’s actually refreshing to see someone like him.

0 0 0 0
Previous : Watch Another MS Dhoni Special Behind the Stumps
Next : Virat Kohli’s Men Lose Another Opportunity to Revive Fortune