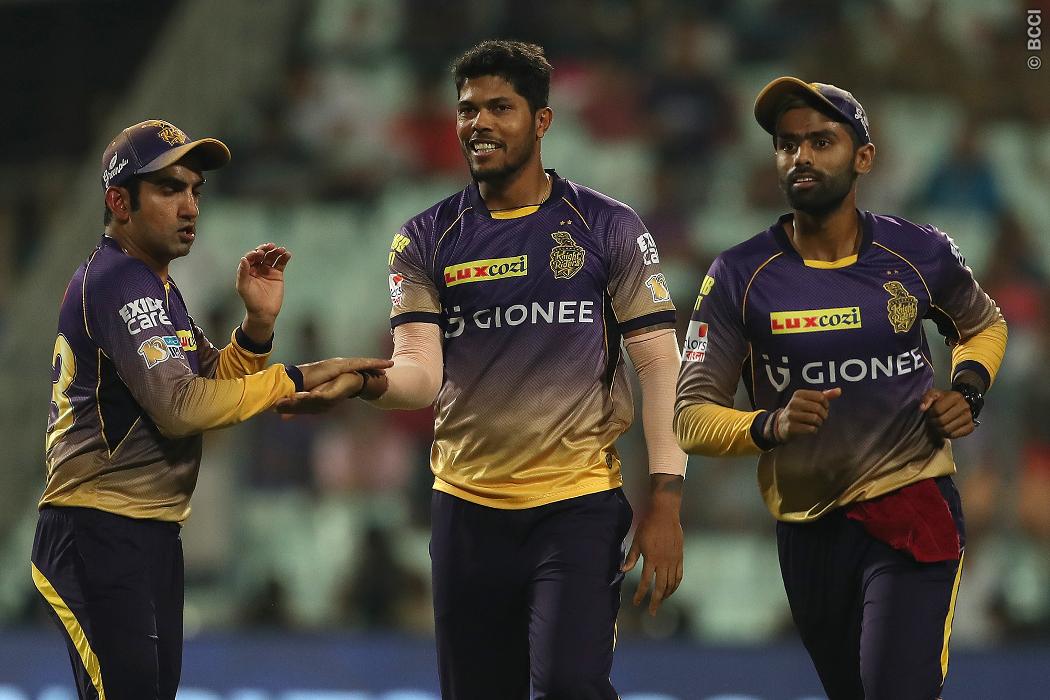 IPL 2017 Result: Umesh Yadav Gets to Business Straight Away

Nothing is more satisfying for a bowler than getting back into thick of things right after an injury. Yes, we are talking about Umesh Yadav, who was recently credited for delivering top-class performances against Australia.

Umesh not only bowled brilliantly throughout the Test but also took wickets at regular intervals. Pace wise, Umesh is undoubtedly a few notches above the rest of the pack and so hitting the deck hard isn’t new.

But his nagging line and length has become quite an ammunition. After India benefited from his consistency, it was Kolkata Knight Riders’ chance to gain out his presence.

Against a confident Kings XI Punjab, Umesh literally ran through the middle-order. He claimed big guns like Glenn Maxwell, David Miller and Wriddhaman Saha. He also dismissed Axar Patel for duck to complete a four-for.

Umesh did concede two four and sixes, but he also bowled 11 dot balls out of his four over spell. More importantly, he looked in total control of things and didn’t look like a bowler who has been out of serious cricket.

The Knight Riders were slightly worried about his fitness. They were missing a start performer like him in first few games. Considering his form with the ball, the team management thought that his presence from the beginning could have given the team more edge over their oppositions.

Nevertheless, Umesh came back into the team and straight away meant business. His form also shows that a break did a world of good to the bowler. And, he is ready to share more work load for India in the days to come.

0 0 0 0
Previous : MS Dhoni Needs to Play in his Naturally Aggressive Style
Next : Hattrick Rule the Roost in IPL 2017