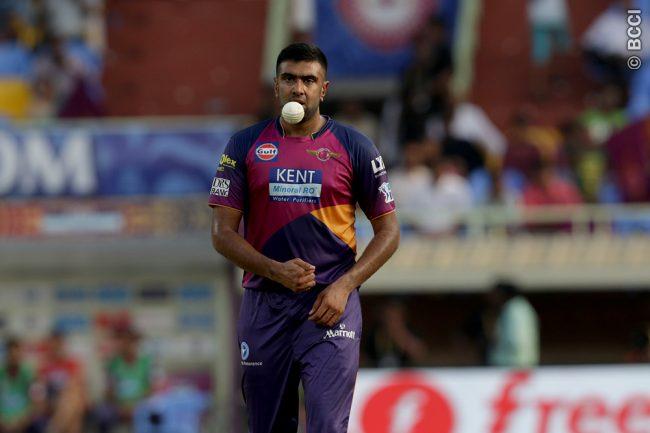 Ravichandran Ashwin has joined a long list of causalities before the start of this year’s Indian Premier League. He will miss the entire season for the Rising Pune Supergiants because of a sports hernia.

Ashwin had a long, exhausting home season for the Indian Cricket Team. He played against New Zealand, England and Australia. The off-spinner bowled a total of 738.2 overs in 13 Test matches, and picked a record 82 wickets.

The Supergiants spinner picked up the injury in December after Test series against England. He subsequently missed Tamil Nadu’s Ranji Trophy matches. But, he made himself available for the national team.

Ashwin will take atleast six to eight week to recover completely. He will start the rehabilitation work soon. From India’s perspective, he will be available for selection in the upcoming Champions Trophy in the United Kingdom.

The Supergiants will dearly miss Ashwin, as they have already lost allrounder Mitchell Marsh to a shoulder injury. They are already looking for Marsh’s replacement, and now left without their ace spinner.

Meanwhile, Royal Challengers Bangalore have lost their top-order mainstays, KL Rahul and Virat Kohli. Rahul will miss the entire tournament because of a shoulder injury, while Kohli will likely to return after a first few matches.

0 0 0 0
Previous : Steve Smith: No Issues Between MS Dhoni and Me
Next : Every Possibility of MS Dhoni Leading Chennai Super Kings in 2018